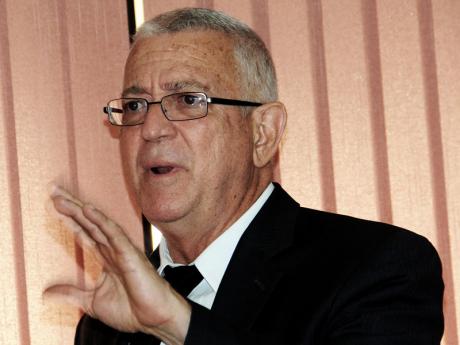 Education Minister, Ronald Thwaites, is reportedly recovering well at home following a fall at his farm in St Andrew on Saturday.

In a statement last night, the Office of the Prime Minister (OPM), said Thwaites was released from hospital yesterday.

It said he was released after tests revealed minor injuries to his wrist and shoulder.

Meanwhile, another member of the government, Junior Minister in the Science, Technology Energy and Mining Ministry, Julian Robinson, suffered various injuries after falling from his bicycle on Saturday.

He posted on Twitter that he suffered a dislocated finger, bruises and scrapes.

Robinson said he was riding down a steep hill at high speed and was going a corner when he noticed a car heading towards him.

He said he swerved and pressed too hard on his front brakes causing him to fall.

Robinson is member of parliament for South East St. Andrew.