Twin boys were not missing, case of deception, say Police 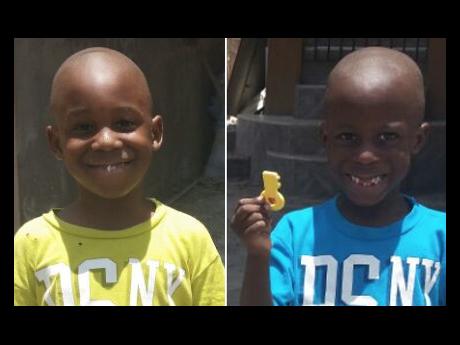 The Mount Salem Police in St James say the five year-old twin brothers who were initially reported missing last week, were not missing.

Last Tuesday, the police issued a statement saying Tyrique Arthurs and Talrique Arthurs, were missing from their home in Exchange in Ocho Rios, St Ann since July 22.

However, Detective Sergeant Michael Chisolm, says on Friday, it was discovered that the boys were with their grandmother in St James.

He also says the case has been one of deception, although he has not indicated whether the police will be pursuing any criminal investigation.

The cop explains that there was a feud between the parents and the mother took the boys to their grandmother in Cornwall Courts in St James.

The father, who was unable to locate them, made a report to the police that his sons were missing.

He reportedly claimed that he was advised by the Child Development Agency to file the report.

When contacted the father allegedly explained that the mother of the twins had left the island, and the boys were with their grandmother in St James.

Meanwhile, the boys' father says they are fine and are back in his care.