Jamaica to save US$250m from debt buyback, says finance ministry 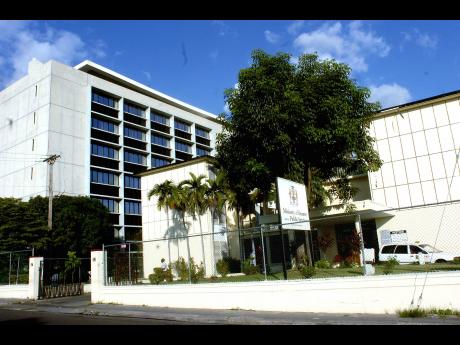 File
The Ministry of Finance and Planning building at Heroes Circle in Kingston.

The finance ministry is defending the PetroCaribe debt buyback insisting the country stands to pay US$250 million less for debt servicing in the long run.

On July 23, the Finance Ministry confirmed that it was able to raise more than US$2 billion in loan funds from two bonds issued on the international capital markets.

The finance ministry said the funds raised were intended to be used to settle a US$1.5-billion debt owed to Venezuela under the Petro-Caribe oil purchasing arrangement.

However, there have been criticism that the Government had borrowed high-cost loans to pay off a relatively low-cost one.

However, in a release yesterday evening, the finance ministry said the country stands to save US$250 million despite the difference in interest rates between the funds raised on the international capital markets and those paid under the PetroCaribe agreement.

It says there could be further savings.

The ministry also explains that the transaction is expected to reduce Jamaica’s debt to gross domestic product (GDP) by approximately ten per cent.

Meanwhile, the ministry has also informed that the Jamaican Government last week completed the transaction to buy back a portion of the debt from Venezuela.

However, it notes that the transaction does not mean the end of the relationship with Venezuela, saying the solidarity and goodwill with which the deal was completed has served to strengthen the bonds.