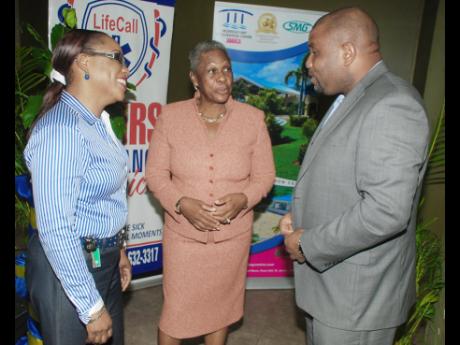 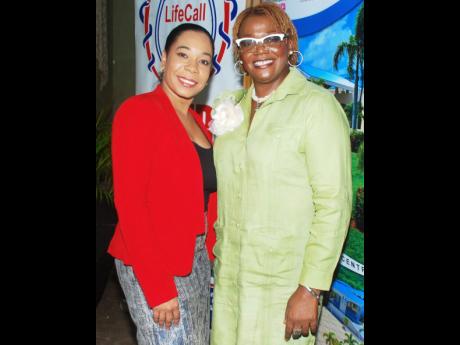 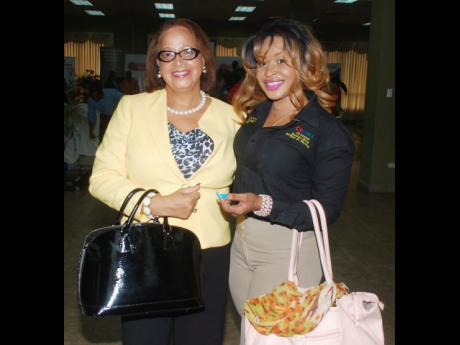 Contributed
Vivienne McDonald-Calder (left) of Hotel Grandiosa, and Crystal Heaven of Clifton’s Machine Shop pause for a quick frame at the launch.
1
2
3

The 16th staging of the Montego Bay Chamber of Commerce and Industry's Expo will take place at the Montego Bay Convention Centre from October 9-11. The event showcases business operators across Jamaica, but especially from the western region, displaying their products and services to the wider public.

Speaking at the launch of the biennial trade show which is being staged under the theme Inspire, Create, Next Generation held at the Wexford Hotel in Montego Bay, recently, Sonia Clarke Bowen, chairman of the Expo 2015

"Expo 2013 was widely reviewed as being phenomenal, and based on how this 16th staging is shaping up, we expect to surpass those achievements by leaps and bounds," Clarke Bowen said.

According to the Clarke Bowen, Jamaica is only scratching the surface of its creativity, even in the midst of such rich culture and numerous opportunities in various sectors, especially in the creative industries.

Gloria Henry, Montego Bay Chamber boss, said the signature three-day event has been established as a staple on the region's business calendar. She added that the theme was carefully selected as it seeks to include every member of the business sector at all levels, with innovation and creativity at the centre.