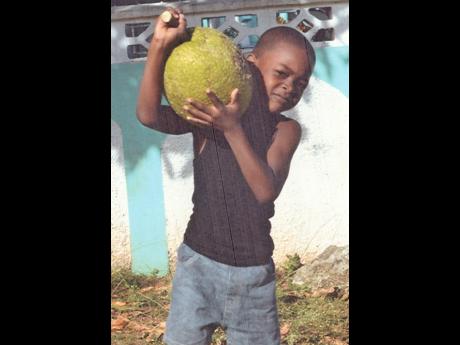 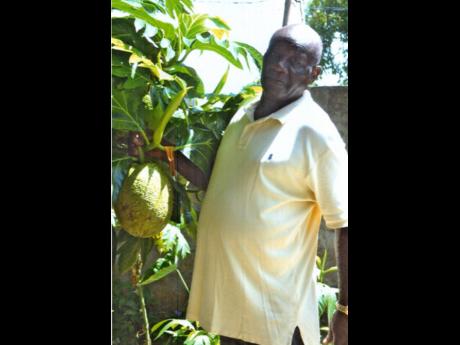 Winston Neil with the breadfruit on the tree.
1
2

Seventy-six-year-old Winston Neil has consistently reaped large breadfruits from the lone breadfruit tree he has in his backyard, one he planted way back in the 1970s.

An avid Gleaner reader, he says he has seen pictures of varying subjects published in the newspaper, and recently, after reaping yet another large fruit, this one weighing seven and a half pounds, he decided that his breadfruit was also worthy of publication.

After taking pictures of the breadfruit, Neil left his home in Colorain in Oracabessa, St Mary, and drove to The Gleaner office in Ocho Rios, bent on having his produce published in the paper.

"I have seen lizards, flowers, all kind ah picture in the paper, so why not my breadfruit?" he asked in good humour.

Neil, who described himself as a returning resident after spending more than 20 years abroad, said there is limited space at his premises, allowing only for a breadfruit tree and two mango trees to grow.

He has had large fruits before and had always weighed them. This is the second time he has reaped one weighing as much as seven and a half pounds, and there was no way he wouldn't get it published.

The breadfruit tree, of the yellow heart type, has consistently produced high yield, from which he consumes, sells and gives away breadfruit.

This particular fruit was picked from a lower limb, so low it allowed Neil to pick while standing on the ground. He later gave it to his seven-year-old great grandson, Sudan Wright, to hold, to take a picture.

The mango trees are not too far behind in terms of producing huge fruits. Neil has had mangoes weighing as much as two and a half pounds, he pointed out.