Independence Dream: A work in progress 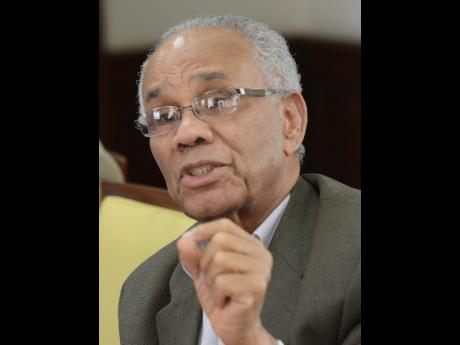 When Jamaica gained independence from Britain in 1962, Prime Minister Alexander Bustamante told the nation that the mission at hand was for the construction of an equitable and just society.

"Independence means the opportunity for us to frame our own destiny and the need for us to rely on ourselves in so doing. It does not mean a licence to do as we would like. It means work and law and order," he said in Parliament.

"Let us resolve to build a Jamaica which will last and of which we and generations to come will be proud, remembering that, especially at this time, the eyes of the world are upon us," Bustamante added.

Fast-forward 53 years and many Jamaicans are of the view that the dream of Independence remains a fleeting illusion.

However, for Dr Carlton Davis, while he was not in support of Jamaica going on its own as an independent nation, the dawn of a new day for the country spelt exciting times.

"I was, frankly, at the time a strong Federalist and was disappointed with the outcome of the referendum in 1961. That deed having been done, I was optimistic about Independence albeit not in a federation, so I had no hesitation when I completed my undergraduate degree in Canada to return to the Caribbean to do my higher degrees, and later start work at the Scientific Research Council in 1968, and then the bauxite sector," Davis said.

In 1961, the country had a referendum to determine Jamaica's position on the Federation, as Norman Manley's People's National Party (PNP) supported membership, and Bustamante's Jamaica Labour Party was in support of a withdrawal. On September 19, Jamaica voted 54.1 per cent answering 'No' to the question: "Should Jamaica remain in the West Indies Federation?", and 45.9 per cent voted 'Yes'.

Manley, eight years later, declared in his last public address to an annual conference of the PNP:

"I say that the mission of my generation was to win self-government for Jamaica; to win political power, which is the final power for the black masses of my country from which I spring. I am proud to stand here today and say to you who fought that fight with me, say it with gladness and pride: Mission accomplished for my generation."

He added: "And what is the mission of this generation? ... It is ... reconstructing the social and economic society and life of Jamaica."

Davis, when asked to what extent have successive Jamaican governments delivered on the dream of Independence, said, "it is more than a matter of what governments did or did not do".

"As a society, we should have done much better in education. At any rate, we should by now have been a truly literate society in the modern sense of the word, even with all the limitations in financial resources. Also, we have deteriorated in the matter of discipline. Perhaps in trying to address some of the injustices of the past we have simply gone overboard," Davis said.

The National Housing Trust chairman, who was also a cabinet secretary, said, too, that Manley's charge 46 years after he gave it is still very much "a work in progress, but it will not be possible until we make vast improvements in our level of education and discipline".

"These are not matters for governments alone. Rather, we should all be united around these attributes, and there is much work to do," Davis said.