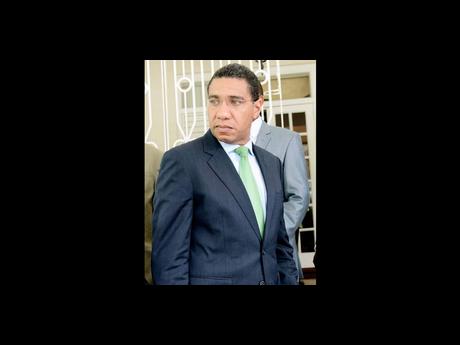 File Photo
All of the caucuses that the JLP has had over the last year have been to question Andrew Holness on his management of the JLP.

The parliamentary group of the Jamaica Labour Party (JLP) is scheduled to go into caucus today, where the future of the party and the leadership of Andrew Holness are expected to be examined.

Derrick Smith, Leader of Opposition Business in the House of Representatives, has confirmed that he will be presiding over the caucus being seen by some as a showdown.

Scheduled for the JLP’s Belmont Road headquarters, this morning, Holness’ stewardship is again, coming under intense scrutiny from within the party.

In fact, all of the caucuses that the JLP has had over the last year have been to question Holness on his management of the party.

However, his reign continues to be haunted by the biting criticisms of his detractors within the JLP.

The ill-fated attempt by Holness to unseat two senators in the aftermath of the 2013 leadership tussle has fuelled further discontent within the party.

However, Holness’ supporters have accused detractors of rejecting the leader’s repeated extension of the olive branch and overtures, and in so doing, sabotaging the JLP’s election-winning efforts.