Man hospitalised after days of alleged beating at Horizon 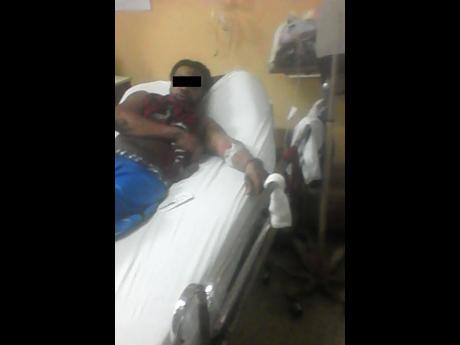 There is word this afternoon that another accused person is now in hospital in critical condition after a brutal beating at the Horizon Adult Remand Centre in St Andrew.

Attorney-at-law Hugh Thompson says his client Carey Rose has informed him that he was beaten for several days before he was taken to the Kingston Public Hospital.

Relatives told The Gleaner/Power106 News Centre that Rose, who has been charged with carnal abuse, has several broken bones and frequently loses consciousness.

The attorney also complains that doctors initially prevented him from seeing Rose.

Thompson says all accused persons still have a right to justice and the presumption of innocence.

The attorney says he is seriously concerned about what has happened to his client.

The attorney says he plans to report the incident to the Independent Commission of Investigations so a thorough probe can be undertaken.

The claim comes a week after Marlon Cherrington, one of two men held in connection with the brutal slaying of woman Constable Crystal Thomas, died in hospital after he was reportedly beaten while in custody at the Hunts Bay Police Station in St Andrew.