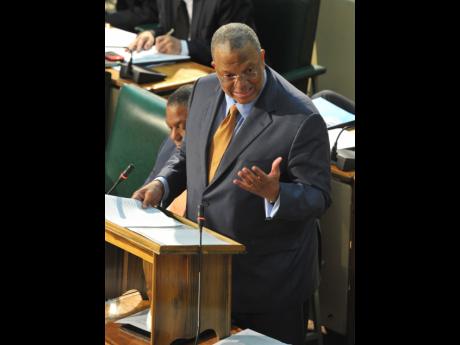 The Inter-American Development Bank (IDB) has approved a loan of $130 million for Jamaica, to strengthen the country's structural programme for economic growth.

The loan has a 20-year maturity, a five-and-a-half-year grace period and an interest rate of 1.2 per cent.

In the announcement yesterday, the bank said this is the second operation of a policy-based loan series, providing budget support for the government’s fiscal policy reform.

The first loan was approved in February last year.

The IDB says the Jamaican government has been improving its public finances in recent years in order to set the stage for stronger economic growth.

According to a CANA news report, Finance Minister, Dr Peter Phillips, says the loan approval is timely as it coincides with Jamaica's celebration of its 53rd anniversary of Independence.

According to him, Jamaica is striving to unfurl all the opportunities independence represents.

The vice-president for Countries at the IDB, Alexandre Meira da Rosa, says the loan is a credit and tribute to the efforts of Jamaica to carry out the reforms necessary to achieve economic and social growth.

The announcement of the new IDB loan comes weeks after Jamaica raised over US$2 billion in loan funds from the international capital markets at interest rates of about seven and eight per cent.

Jamaica is currently in a four-year loan agreement with the International Monetary Fund.