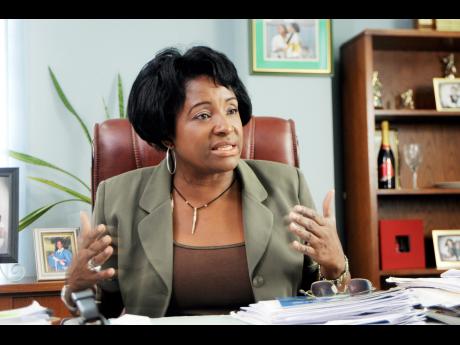 It will not be known before 2016 if former Jamaica Labour Party stalwart, Joan Gordon Webley, will be accepted as a member of the People's National Party (PNP).

Burke further explains that after applying an individual may be granted provisional membership.

News came in July that Mrs. Gordon-Webley had applied to join the PNP.

The application must be supported by the PNP executive and the party’s National Executive Council (NEC).

Already, the NEC has rejected Gordon-Webley's application and has asked the executive to reconsider the matter.

The PNP general secretary says the matter is being discussed and a decision will be made at the appropriate time.

Gordon Webley has been facing stiff opposition from some PNP members, still upset about a comment she made on the campaign trail years ago when she referred to the party president Portia Simpson Miller as a jezebel.

A jezebel is a term interpreted to mean a heartless, conniving woman.

Gordon Webley has apologised but some PNP members still believe she should not be allowed to join the party.