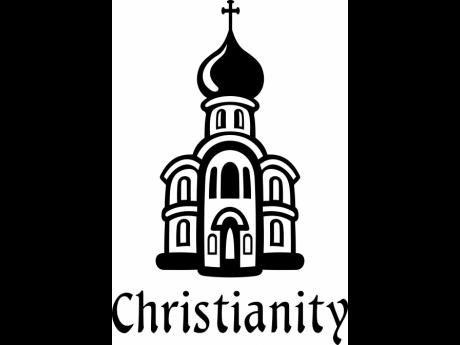 TWENTIETH CENTURY mathematician and philosopher Bertrand Russell believed that religion is rooted in fear; fear of the mysterious, of defeat and death.

To Alison Marshall, this is true, as she lives with a crippling fear of God, having been brought up in a church that made it clear to her that God is not so much love, as he is punishment and vengeance.

According to Marshall, fear of being unfit for heaven kept her up at nights.

"The fear was so bad that at nights if I pray, I feel like that's the night I might die. And if I don't pray, I feel like there's somebody in the room ready to take my soul. The fear of not being ready for the rapture made me go to church, pray and read my Bible," she related to Family and Religion.

But with all her devotion, Marshall felt she was not doing enough. Raised in an Anglican/Methodist denomination of Christianity, Marshall was forcefully encouraged to become a member, spurred on by frequent reminders of the consequences waiting for her if she decided not to give her life to God. Her questions on religion, and especially regarding Jesus, were hardly answered.

"Imagine you being dragged to church every Sunday morning and night and being told you have to believe in this man (Jesus). And it didn't make sense. And I asked so many questions that the Sunday school teacher got tired of me, and tell me I should just accept it and believe. Realistically, most of it never made sense to me," she said.

In spite of her doubts, Marshall continued to go to church, experiencing, she told Family and Religion, paroxysms of guilt whenever she did something the Church taught was wrong.

"I don't belong to that church anymore, but I still believe in God. The end times scare me still. It makes me hate the fact that I might be alive to see it. Revelations is hard for me to even read now," she said.

Marshall's experience is echoed by Joy Foster, a young woman who left the Seventh-day Adventist Church, shortly after graduating from college.

"In 2010, I was looking over my shoulder. Every morning I woke up I would say to myself this is the day God is coming and I am not ready and I am going to die and go to hell. I had problems with premarital sex, and I was afraid of seeking counselling from my church... . And I lived with that fear until I nearly went mad," Foster said.

She describes herself now as agnostic, having spent several years in counselling to deal with her confusion.

"I could never be an atheist, because God is real, and has revealed Himself to me. But I don't know how He wants to be worshipped, that is another thing altogether, and it's not a road I plan to go back down any time soon."

Pastor Brenda Walker, leader of the Yallahs Baptist Church in St Thomas, told Family and Religion, however, that fear has no place in a healthy relationship with God.

"First John 4 verse 18 says, 'There is no fear in love, but perfect love drives out fear.' When you are responding to God, you are responding to His love, and that's not something that drives fear into people. You respond to a God who loves you and wants you to love Him back," she said, quoting from the Bible.

She pointed out that a person who has accepted the love of God, and the sacrifice of Christ, will not be terrified of the consequences of sin, but will understand and express 'fear' in the sense of reverence or awe for God as creator and saviour. Faith rests, she explained, on understanding God as both loving and just.

Walker said doctrinal differences among denominations could become an issue, with individuals feeling condemned because they are not adhering to every rule.