Pastor bears his own cross 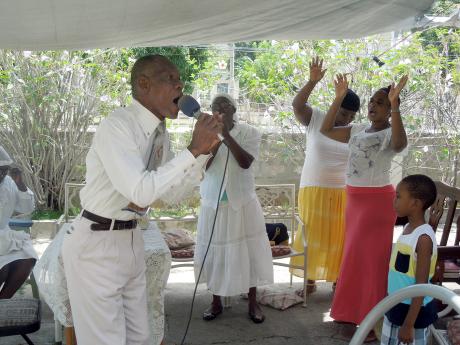 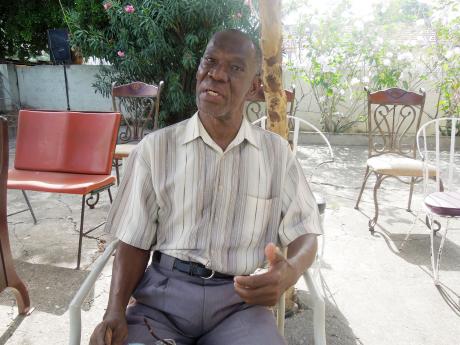 For the joy set before him he endured the cross, scorning its shame, and sat down at the right hand of the throne of God. Hebrews 12 vs2

Many times we hear of the cross that we all have to bear. Some are yet to identify their 'cross' while others, like Pastor Royston Donaldson, know exactly what the burden is.

The church is operated in his front yard and is approximately a year old.

Donaldson told Family and Religion that, "On June 30, 2013, the Lord spoke to me while I was in the bathroom, saying that He wanted me to start this church. He even provided me with the name."

The religious organisation was set up a year later and now has 11 registered members and seven others waiting to be given the right hand of fellowship.

The minister admits that though the church is well supported by most members of the community, there are still those who "persecute" the place of worship.

According to him: "Negative things are being said. One prime example is because the Lord allows us to use water instead of olive oil, some people are saying that we are involved in obeah workings, but we know we're preaching the Gospel of Jesus Christ."

However, this accusation stands as a splinter in Donaldson's 'cross'.

The pastor explained that, though he was married at the time, he had got involved with a young lady and that was the end result.

"I was sentenced to 14 years in prison. I appealed the case and it was reduced to 10 years, but the Lord in a miraculous way, allowed me to spend four years and 10 months. I was given parole," said the pastor, as he spoke of God's goodness.

While other prisoners relate well with Jah Cure's words "Prison anuh bed of rose, the 'livity' it make mi bawl", Donaldson testifies that God allowed him to be a privileged convict.

He said: "Though prison was challenging, it had its benefits. God favoured me so I experienced some things that other prisoners were not privy to. I was given an amplifier and mic to preach the Gospel and the whole atmosphere was just awesome."

Donaldson spoke of the fellowship that was shared in his devotions behind the walls of confinement.

"I regret actually being in prison, per se, but overall, I can thank God for all that has been accomplished through His spirit."

Donaldson compares his story to that of Paul the disciple who was imprisoned in Rome.

"It is like that of Paul's, because while he was there (in prison), he continuously preached the word of God and that's what I did. The word of God was going out in the prison population. He even affected the Roman authorities. Likewise, while I was there, officers were influenced by the word of God," the minister declared.

"I was accused of rape, Paul was charged for the gospel's sake ... . Different charges but the same results," Donaldson added.

The man of God says his imprisonment did not render saints reluctant to come to his church. In fact, he uses it as his prized testimony.

"I tell it everywhere I go. The prison experience allowed me to be an 'overcomer', and when people see that and hear it, it gives them hope."

"No matter what we're going through as Christians, we need to persevere. We have a cross to bear, we might suffer persecution but in the end it will be worth it," advised the 'overcomer'.