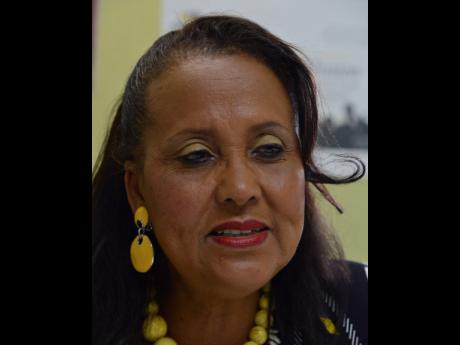 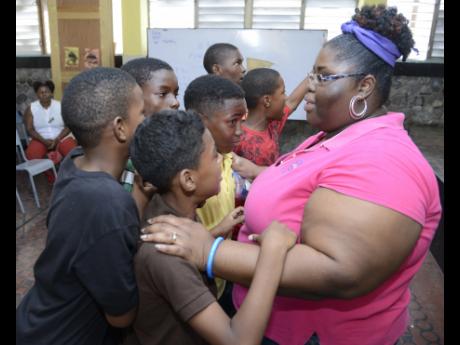 Somebody needs to explain to the people of Jamaica who or what is behind the current campaign to seemingly harass the non-governmental organisations (NGOs).

Where is the impetus coming from and why? Are there external influences and pressures at work, and what are the motives of those politicians at the forefront of this curious campaign?

Only two weeks ago, yet another advertisement appeared in our newspapers inviting responses to the proposal to introduce legislation for NGOs to disclose their sources of funding. Before that, some members of Parliament have been positing views and concerns about the nature and status of the country's NGOs. It is becoming increasingly clear to many of us in the NGO community that there is a deliberate and calculated attempt to corral and place a choke-hold on us.

The Parliamentary campaign is especially puzzling given the fragile and unsophisticated nature of Jamaica's NGOs.

Historically, concerned men and women who simply want to help their fellow human beings started the majority of NGOs. Many of them remain unsung heroes and heroines - patriots who contributed and sacrificed with little or no financial gain.

Some of those NGOs began on people's verandas, or in the case of Youth Opportunities Unlimited, in a '2x4' room provided in kind by the Jamaica Federation of Women located at the corner of Arnold and Camp Road in Central Kingston.

The legacy of the Jamaican NGO community is as important as it is inspiring. I became a voluntary member of the sector more than 30 years ago, and was immediately drawn to the selfless nature of the stalwarts I had the pleasure of working with. One such individual was Sheila Nicholson, a veteran social worker who dedicated her life to the poor and under-served communities through the work of the age-old NGO, VOUCH (Voluntary Organisation for the Upliftment of Children).

The story of VOUCH and its contribution to the children of Jamaica is largely representative of the culture and contribution of NGOs generally. The VOUCH Creche, founded more than 60 years ago, has served thousands of children and families, operating during the years I was a part of the entity, by an underpaid and overworked staff.

Today, the organisation continues to serve the Fletcher's Land community and beyond, and is still in need of substantial resources.

The contribution of pioneers like Elsie Sayle, who dedicated her life to building the NGO sector through the Council of Voluntary Social Services (CVSS), cannot be overstated. Individuals like Claudette Pious of Children First, who began her work with a handful of street boys to becoming a charity serving hundreds of children and youth, is inarguably one of Jamaica's heroines. Like most NGOs, Children First is also in need of financial support.

What the country's NGOs desperately need is financial and institutional strengthening, and not the kind of unnecessary scrutiny that persons, uninformed and unfamiliar with the sector, seem determined to pursue.

The reality is that the Jamaican NGO community today is perhaps at the weakest and most vulnerable stage ever. Over the past few years, several children's organisations have had to close their doors for lack of funding.

One such organisation was started by a young man from an inner-city community who was inspired to help children in need from he was a schoolboy. His NGO became one of the largest and most effective entities serving parts of the West Kingston community. It is now closed due to severe financial constraints.

The irony of the NGO community is that while most of the organisations have suffered from a protracted shortage of operational funds, the sector has contributed significantly to national life and to the country's GDP. Were it not for the NGOs working in some of the toughest and most volatile communities, Jamaica may easily have gone up in smoke a long time ago.

One of the characteristics of the sector is its reluctance to broadcast its value to the society, focusing instead on the persistent demands of poverty and the associated exigencies. If the Government was forced to take on the breadth and scope of the work provided by NGOs, the system would undoubtedly collapse.

Interestingly, the Government continues to enjoy a win-win relationship in which NGOs carry out a large part of the social mandate of the country without being paid from the public purse, in addition to ensuring that NGOs remain tax compliant.

As the NGO community loses more and more of its members, our parliamentarians must be asked the questions, "Who are the remaining NGOs that you are seeking to stymie, and are churches a part of the NGO community?" If churches are considered NGOs, will they be asked to disclose their sources of funding, and how exactly would that be achieved?

If our parliamentarians have discovered a newly found appreciation for accountability and transparency, it seems odd that the campaign would start with the weakest and least-offensive sector of national life.

It also appears odd, not to mention hypocritical, that the very politicians elected and accountable to the people and opposed to any disclosure of their financial backers, would be the ones calling for NGOs to do what they have refused to do for the longest time.

Any call for disclosure must be a national effort involving all areas of public, and in some cases, private life, without bias or ill will. To single out a particular sector for scrutiny, particularly the charitable, not-for-profit community, appears to be highly subjective and suspicious at best.

Perhaps the first disclosure needed is to ascertain exactly what the real motive is behind this campaign.

- Betty Ann Blaine is the founder of Hear The Children's Cry and Youth Opportunities Unlimited. She is also director of the Holistic Child Development Programme at Caribbean Graduate School of Theology.