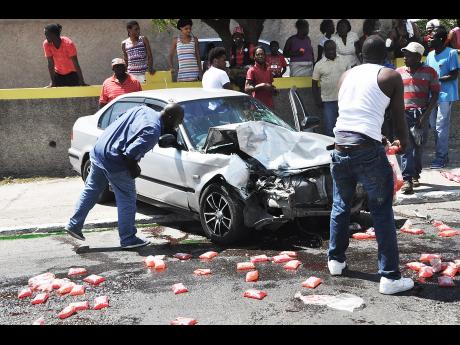 A Road Safety Unit (RSU) report has revealed that just over 80 per cent of the persons killed on the nation’s roadways this year are males.

According to the Ministry of Transport's RSU report, males accounted for 178 of the 211 road deaths recorded up to last Wednesday.

The report also shows that of the 33 women killed on the roadways this year, 11 were in the 30-39 age group while five were over the age of 60 years-old.

The 211 persons killed on the roadways so far this year represents an 8 percent increase when compared with the 195 recorded for the corresponding period last year.

And the report out of the RSU also reveals that nearly one third of all road fatalities this year occurred between 6pm and midnight.

The hours between 10am and mid-day recorded the fewest fatalities with 11.

And the report also showed that 45 per cent of the road fatalities recorded this year occurred on the weekend.