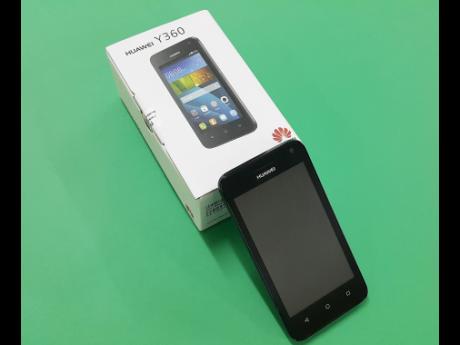 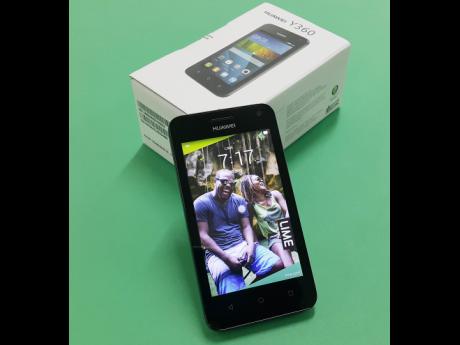 The Huawei Y360 is a hidden gem for persons looking for a decent smartphone that won't kill your bank account. Last year, LIME had the Huawei Ascend Y330 on special and it was a good phone for the price at the time, but now there is a new king in town and we'll see why that is so. This week, we will take a look at the next upcoming rage in the family of budget phones that goes by the name of Huawei Y360. Let's see what this phone has in store for us.

The box for Huawei Y360 seems to neglect essential information that most users and potential buyers want to see ... deja vu? Fortunately, I still know my way around the Android OS well enough to find it out for myself. So the rest of the specifications are as follows:

The Huawei Y360 is built and looks a bit similar to the DL 750 from Digicel, but the similarities stop there. The phone has a removable battery and a memory card slot, but don't go expecting a 4GB memory card included because this bad boy doesn't come with a free memory card. The construction is all plastic; like you expected better at that price point ... really? The Huawei Y360 isn't an eye sore like most low-priced phones on the market, and it is small enough for someone who despises huge phones. Also, it might not seem like much but the navigation buttons are not backlit for ease of use in the dark. So, you will be fumbling in the dark to find the back and home buttons.

The Huawei Y360 has a 5MP camera, but it seems to outshoot most 8MP in its budget phone category. It just goes to show that numbers doesn't mean a thing when it comes to camera quality. That being said, the camera isn't bad at all. It takes pretty decent daylight photos and an average night shot. But I'll let you be the judge of that with the sample photo I have provided.

This phone feels like it has a bullet for a processor! It considerable faster than the Huawei Ascend Y330 and you'll certainly notice it the first time you get it in your hands. The only thing holding this phone back is the limited amount of RAM, which is sad. If this device had at least 1GB of RAM, it would have been the king of budget phones for years to come. This phone has the processing power to handle any game you can fit on the internal storage without struggling.

A decent display these days is a must for any smartphone that you'll be using for all your media intake. Your Smartphone is always going to be the one-stop place for movies, games and pictures. The Huawei Y360 does an OK job in the display department, but there is certainly room for improvement when it comes to screen brightness.

We all know by now that the DL750 from Digicel had a TV function that makes you watch local TV stations. Well, the Huawei Y360 has the best specification you can buy for a budget smartphone, excluding the TV functionality. It still has radio, which remains a big plus in my books, but no TV. I know a couple of persons might take a step back because of the lack TV functionality, but I'll urge you to take a look at all the other positive this small dynamite of a phone has before you make any rash choices. Make sure to take into account that the Huawei Y360 is the only quad core processor phone you will find for less than $10,000 dollars right now.

The Huawei line of phones has grown considerable since their introduction in our market, and our market strongly needs more budget smartphones.