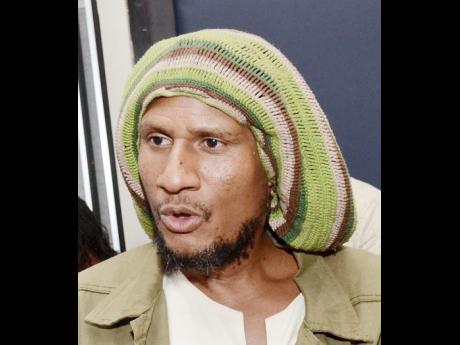 Even as Jamaica continues to explore opportunities for growth, one academic has lamented that a key aspect of the economy is being ignored by policymakers.

Dr Kadamawe K'Nife, head of the Office of Social Entrepreneurship at the Mona School of Business and Management at the University of the West Indies (UWI), has argued that Jamaica is not capitalising on the value of the downtown market district.

According to K'Nife, the Kingston and St Andrew Corporation (KSAC) is not serious about improving the facilities and livelihood of persons involved in the market downtown.

"The KSAC is not taking the market seriously. What they are concerned about is trying to collect money, and they collect a lot of money because they have significant compliance, but since Angela Brown Burke has become mayor, what major improvements have been done in the market?" he asked.

K'Nife went on to decry what he describes as a lack of respect for persons who ply their trade in the market.

K'Nife went on to outline that the economic value of the market is limited by transportation and waste management issues.

"One of the reasons the market is not as efficient and buoyant as it should be is transportation; a lot of people who are rural farmers even if they plant and get the produce on to a main road the cost is prohibitive ... so the first thing we have to look at is how we deal with the transportation of goods from the rural areas and the best means of that would have been the rail system ... the second thing you have to look at is how we deal with waste and waste management within the market itself. Since we have a high inflow of food, there is also a large output of waste and if you don't get that cleaned up in a timely manner then you may have issues with health and sanitation," he said.

According to K'Nife, "a normal consumer in an urban space, even though they know that Coronation market is the best place to get good prices, they might question the health and safety standards in the market ... . The mayor collects so much money from market, because market people are the ones who comply with most payment ... and yet still, I am not seeing where the fees collected are being used to ensure that the environs are kept clean, so the market needs a waste-management programme."

Responding to questions from The Gleaner, Brown Burke outlined that the KSAC has been working to address waste management in the market.

"It is a matter that we had noted and it is something that we are working on. The reports that I had received indicate that the condition is a mixture of issues. One is about our truck that we had, which was complementing the work being done by the National Solid Waste Management Authority. We have been having some issues with that, so it has caused some problems lately. We have found that some of the persons who have cleaning contracts, there has been some breakdown in terms of that so we have been dealing with that," she explained.

Brown Burke also pointed out that plans are in train for enforcement efforts that will target vendors and merchants who do not have proper arrangements for garbage disposal.