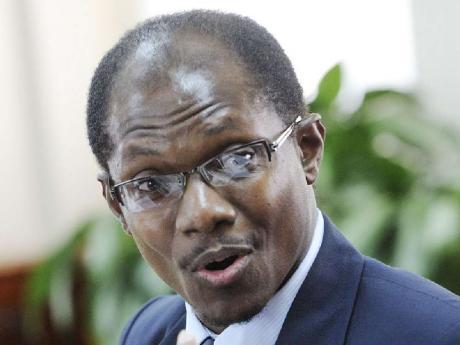 Professor Colin Gyles has been appointed acting president of the University of Technology, UTech.

He replaces Ambassador Burchell Whiteman, who took over as interim head last June.

Professor Gyles holds a Doctor of Philosophy degree in chemistry and has served on a number of national boards.

Education Minister, Ronald Thwaites, confirmed that Gyles, who was appointed deputy president this year, will act in the top post until a permanent replacement is found.

UTech has been searching for a president since August last year and Thwaites says he is concerned that the process is taking so long.

Sign up for The Gleaner’s morning and evening newsletters.
Education Minister, Ronald Thwaites

The UTech council headed by pro chancellor Vivian Crawford is responsible for the search for a new UTech head. Meanwhile, the university is hosting an appreciation ceremony this afternoon in honour of Whiteman.

Whiteman took over from Professor Errol Morrison who left the position following a government report alleging poor management under his leadership.