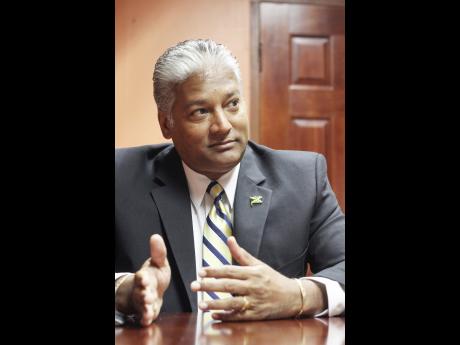 Director General of the Jamaica Civil Aviation Authority (JCAA) Nari Williams-Singh has given a guarantee that Jamaica's air space remains secure and its reputation intact.

In response to charges by air traffic controllers last week that they were reeling under a barrage of obsolete equipment, Williams-Singh told The Gleaner that the authority is undergoing comprehensive upgrade of its facilities.

Asserting that the upgrades have already started and is to be completed within the next 21 months, Williams-Singh said there is no record or evidence to support claims that the department has lost business despite suggestions to the contrary by the disgruntled air traffic controllers.

He stressed that he was concerned with reckless and irresponsible and unfounded attempts to tarnish the country's fine reputation which is supported by its record.

Williams-Singh said the multi-billion dollar upgrade to replace the antiquated machinery in the highly-specialised field has already commenced. In response to the claims that the current batch of equipment was obsolete, William-Singh said the equipment is undergoing routine maintenance until the replacement exercise is completed.

Williams-Singh told The Gleaner that persons are preparing to arrive in Jamaica to start some of the other upgrades that have been planned.

Listing what has been done so, far, Williams-Singh cited a microwave network which was commissioned in December 2014.

"We have transitioned to the NIVA Three network (Network intrusion visualisation with NIVA) which is the background of our communication services with the use of IP technology," he said. "That was done in March of 2015."

Additionally, he said two new air traffic towers - one at Norman Manley International and the other at Sangster International Airports have been erected.

"We are now in the process of starting parallel operations by operating between those and the old towers to ensure that all are in place and all should be in place within the next three months," he said.

After that, Williams-Singh said the new towers will be commissioned into service. "There have been some delays in the commissioning of those towers, but in the last six months, we have got some good traction and now poised to commission them," he said.

Williams-Singh told The Gleaner that the most significant of the upgrades is the installation of the surveillance (radar and automation) system. "We have signed a contract with the supplier after having gone through the procurement process and that is to start within the next two weeks, that is a 21 month project," he said.

He disclosed that the value of that contract is approximately US$18 million.