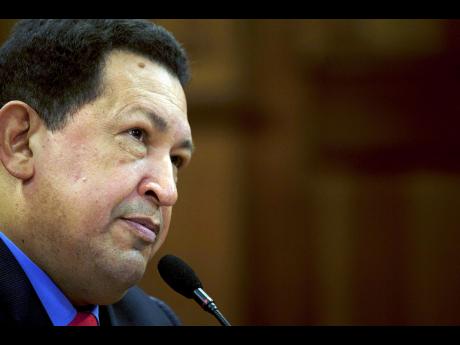 Venezuela can simultaneously be the world's cheapest and most expensive country because of its multiple exchange rate systems. A dinner at an upscale restaurant, including drinks, can cost as little as US$6 per person or as much as US $160, depending on how you do the math. The creation of a new alternative exchange rate this month, which led to a 70 per cent devaluation, has left foreign companies operating in Venezuela with a dilemma. Do they try to pull their money out at the new weaker exchange rate or hold on, waiting for the stronger rate they were promised by the government.

There are four different rates of exchange, if you count the illegal black market. Venezuela's government sells dollars for 6.3, 12 and 172 bolivars per dollar. The first two rates are used for imports of government-authorised priority goods, including food, medicine and car parts. The third rate, introduced on February 12, can be used by anyone who does not receive authorisation to buy dollars at the first two preferential rates. On the black market, US$1 currently fetches about 190 bolivars.

Because the first two primary rates overvalue the bolivar, demand for US dollars is insatiable. The multiple exchange rates also create many opportunities for arbitrage ... or corruption. Some persons and companies have been accused of buying US dollars for 6.3 bolivars and then sell them for 180 or more on the black market. It's also tempting for companies that receive preferential dollars to turn around and sell their products based on the black market rates. Critics of President Nicolas Maduro allege that billions of dollars have been spirited away from the country in scams related to the multiple rates.

Besides currency controls, Venezuela also regulates the prices of many basic goods, including food, medicine and household products. Those controls are maintained through importing goods at the preferential exchange rates. With annual inflation already at 69 per cent, moving more sectors to the weaker rate could quickly increase inflation. Venezuela's minimum wage is 5,600 bolivars a month, and most cannot afford items priced using the weaker rate.

The rate of 172 bolivars is new. government will only allow individuals to purchase up to US$10,000 a year at the this rate. For the time being, anyone who needs to buy dollars in a pinch may still need to turn to the black market.