We did not betray other unions, says JCTU vice president 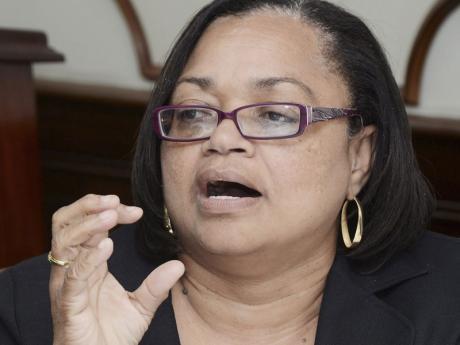 Davis-White... There is a clause in the deal which states that the JCTU should not be put at a disadvantage at the end of negotiations with other groups.

Vice President of the Jamaica Confederation of Trade Unions (JCTU) Helene Davis-White is dismissing accusations that the confederation betrayed other public sector unions when it agreed to a new wage deal with the government.

The new heads of agreement was signed yesterday.

The deal was accepted by eight of the 11 member unions in the confederation.

Among other things, the unions agreed to an across-the-board $4,000 a month increase for public sector workers who they represented.

Davis-White says the accusations are false and without merit.

She says the union took the deal which the majority of members wanted.

The JCTU Vice President also says she does not believe that the wage deal inked yesterday will place undue pressure on other trade unions which are still negotiating with the government.

Davis-White noted however that there is a clause in the deal which states that the JCTU should not be put at a disadvantage at the end of negotiations with other groups.

This means if other public sector unions are able to negotiate better terms, these terms will also be applied to the JCTU.

Meanwhile, the JCTU vice president says the new wage deal will send a positive signal to the team from the International Monetary Fund which is expected to arrives in Jamaica today.

The team is to review Jamaica’s economic programme under the four-year extended fund agreement.

Jamaica has passed all eight reviews under the programme.