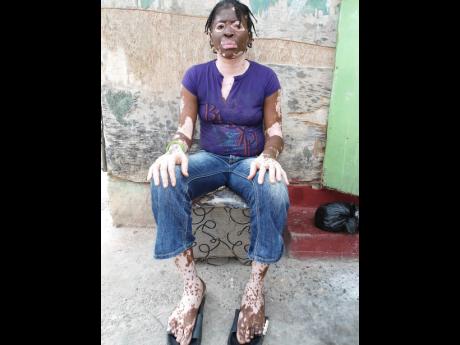 Kenora Swaby speaks of her challenges living with lupus and vitiligo. 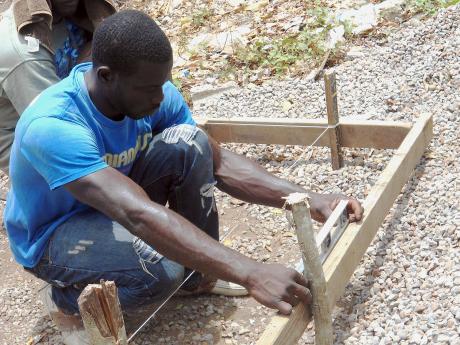 Kenora Swaby with principal of Central High, also a director in James and Friends.
1
2

Single mother of three, Kenora Swaby, who hails from the Farm community of May Pen had reason to shed tears again, but this time they were happy ones.

She could hardly find the words to say to Rural Xpress following the outpouring of love she received after her story was highlighted in the paper. Swaby who suffers from vitiligo, lupus and an eye disease, has been single-handedly raising her children after the death of their father.

"I am so overwhelmed, I am lost for words. Now when I look in my children's eyes, I see contentment and happiness," she said.

Swaby is thanking God for those who reached out and helped her. "I am so thankful, I don't have the words to express how grateful I am. You just can't know how I am feeling right now," she said.

Since the story was carried in Rural Xpress a few weeks ago, Swaby has been receiving donations here in Jamaica, from England, United States, and, Canada, from concerned people.

Her two children are now registered to attend Central High School - a two-minute walk from where they are living, as opposed to the 25 miles daily distance to Lennon High School.

Not only that, but she won't have to worry about lunch or their school fees as the girls are both on a one-year scholarship courtesy of Vinroy Harrison through the James and Friends Education Foundation, where he is a director.

"When Otis James brought the story to my attention, I knew we had to help ... even though the programme was full and we had closed off, we just had to find a way to make it happen," the director and principal of Central High said.

Mission of Mercy, a Canada-based charity, also reached out to Swaby. Nicole Johnson Mighty told Rural Xpress that her organisation will be sending supplies this month for her back-to-school preparation as well as donating goods for her to sell when a stall is set up.

Custos of Clarendon William Shagoury contacted Rural Xpress after the story was published. He has since, through the Clarendon Parish Development Committee Benevolent Society, donated the materials valued at almost $100,000 to build a covered stall for her.

The only cloud on the horizon for Swaby right now is the $103,000 which is still owed to the University Hospital of the West Indies.

"Right now, I am so happy, I am not even dwelling on that too much ... . just as God fixed this situation for me, I know that, too, will work itself out," she said with a bright smile on her face.