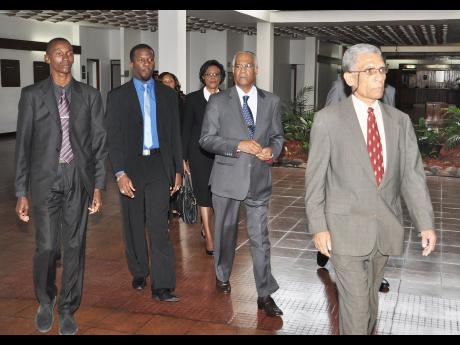 Public hearings at the multi-million dollar West Kingston Commission of Enquiry are expected to resume on September 7.

The enquiry will be going into its sixth session at the Jamaica Conference Centre in Kingston.

The proceedings have been on break since July 6.

Following the September session, there will be two others leading to the end of public hearings on December 11. The commission is chaired by Barbadian, Sir David Simmons. The enquiry, which started on December 1, 2014, is looking into the circumstances surrounding the police-military operation that left more than 70 civilians dead.