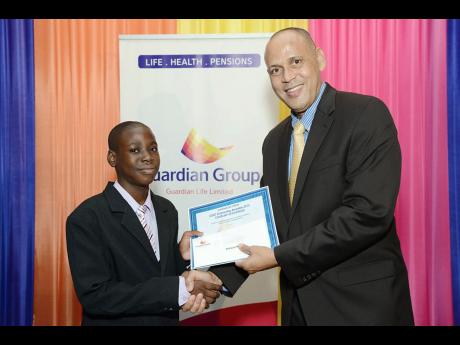 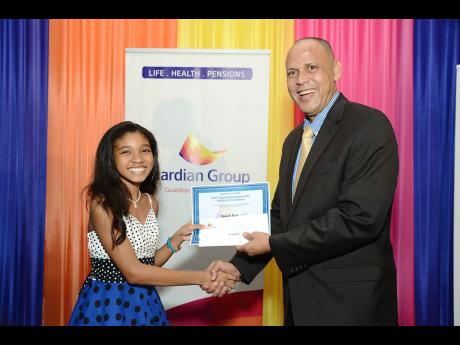 On Wednesday, 37 students from various primary schools were awarded with scholarships and grants at the 10th Annual Guardian Life GSAT Scholarship Awards ceremony.

Since 2005, the company has been giving back to its policy-holders through the GSAT Scholarship Programme where a top boy and girl are selected from the pool of applicants and are awarded with a $250,000 scholarship. This scholarship is payable at $50,000 per annum.

President of Guardian Life, Eric Hosin, during his address applauded the awardees for their hard work and dedication, noting how impressed he is with the grades they achieved in the GSAT. Hosin encouraged the young scholars to remain steadfast and focussed as they make the transition to high schools, telling them to "be relentless in their pursuit of excellence, because once they believe, they can achieve and they are already halfway there".

This year's successful top boy and girl are Mikhail Morris from Mona Heights Primary and Yendi Foo from Immaculate Conception Preparatory; both students will be attending Campion College come September. Yendi aspires to be a biomedical engineer, while Mikhail wants to be a mathematics teacher.

During their remarks, the two passionately expressed how appreciative they are to have been awarded the scholarship and noted that they will continue to work hard and be dedicated to excelling and do well in their studies.

In addition to the awards to the top girl and boy, Guardian Life also awarded scholarships, valuing $250,000 each, to eight children of its employees in its inaugural GSAT Scholarship Programme for employees' children.

Another 21 children of staff members also benefited from grants valued at $25,000 each while the top boy and girl from Denham Town, Duhaney Park and Alpha Primary schools received grants valued at $30,000 each. Guardian Life has also contributed another $300,000 to numerous parents/guardians to assist with back-to-school expenses for their children.