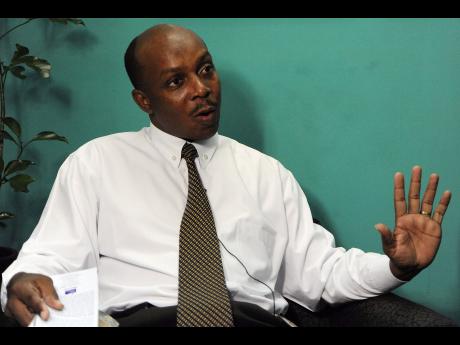 The loan will be repaid with money from the K-factor fund, which is replenished with inflows collected through a K-factor rate charged on customers' water bills. The current rate, determined by the Office of Utilities Regulation (OUR), is set at 14 per cent for the 2014-2018 period.

In its 2013 determination notice of rates for the NWC, the OUR had said that the projected inflows for the K-factor fund between 2014 and 2018 would be $26.5 billion in comparison to an actual project financing requirement of $189.4 billion over the same period.

The loan from NCB is equivalent to $105.4 billion Jamaican dollars. That figure is $78.9 billion more than what the NWC is projected to earn from the K-factor fund up to 2018.

Based on the OUR document, the loan borrowed from NCB far exceeds the projected inflows to the K-factor fund for the 2014-2018 period.

The OUR document also said, "The office reserves the right to amend the schedule mid-tariff, particularly contingent upon the completion and result of the pending K-factor audit."

This means that the K-factor rate could be revised as early as next year. However, Charles Buchanan, corporate public relations manager at the NWC, has said that the loan will not affect the current rates.

"We don't have control over the K-factor. The K-factor is determined and its rate is set by the OUR. They have already set it from 2013, so it will not have any impact on the K-factor charges that customers will see on their bill. The K-factor flow of funds will form a part of the repayment of the loan, but it has no direct customer impact," he said.

An auditor general's special audit of the K-factor fund conducted last year revealed that $0.7 billion dollars collected from customers was not deposited into the fund. The report also revealed that the agency had been dipping into the fund to finance operational expenses to the tune of $1 billion.

When asked if use of the fund in this way would affect the ability of the NWC to repay the loan, Buchanan argued that the irregularities in regards to the management of the fund were being addressed.

"That had previously happened where NWC did utilise some funds from the K-factor and did not pay over into the K-factor some funds that ought to have been paid over. That is something that is being remedied. This present financing arrangement will not have any negative effect on the K-factor fund. If anything, it will provide us with resources which will enable us to undertake works and alleviate any temptation to utilise K-factor funds," he said.