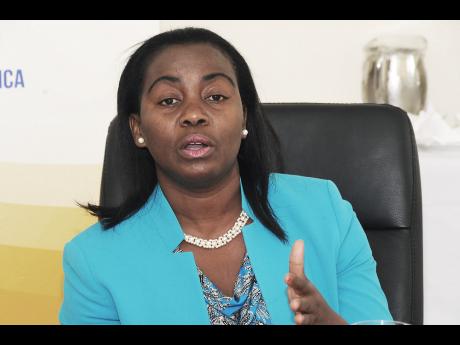 Gloria Henry, the president of the Montego Bay Chamber of Commerce and Industry (MBCCI), is calling for a boycott of businesses that are operating in dilapidated buildings and those that are not observing proper garbage-disposal practices.

Henry, who was speaking at Tuesday's official launch of MBCCI's MyMoBay initiative, which took place at the Montego Bay Civic Centre in St James, said Jamaicans should take pride in more than the country's reputation as a great nation.

"We create great people, great businesses, great musicians and the greatest athletes in the world, but we can't continue to ride on that alone," said Henry. "We can't take our God-given talents and beauty for granted. Each and every one of us has to make our own contribution."

In highlighting some of the ways Jamaica can contribute to ensuring that all aspects of nation life meet a high standard, Henry said mediocrity and substandard practices should not be embraced. "How can we do this?" asked Henry, in regards to embracing acceptable standards. "... by the choices you make ... don't do business in run down, dilapidated and improperly maintained places, where ... they have no regard for the community and its well-being."

"Choose to do business with people who support our city at every level; who dispose of their garbage responsibly, "continued Henry. "... let those who don't maintain the facade and surroundings of their places of business feel it by refusing to spend your money with them."

"Let's send a strong message to those who only take from us and don't reinvest in maintaining and supporting any element of our environment," added Henry.

The MyMoBay initiative, which is one of several projects the MBCCI plans to implement under Henry's stewardship, is citywide and aimed at encouraging stakeholders in the tourist capital to keep the city cleaner, healthier and more attractive to citizens, visitors and investors.

The initiative has received the blessing of prominent stakeholders aligned to social groups, the general business community, as well as local and government agencies.