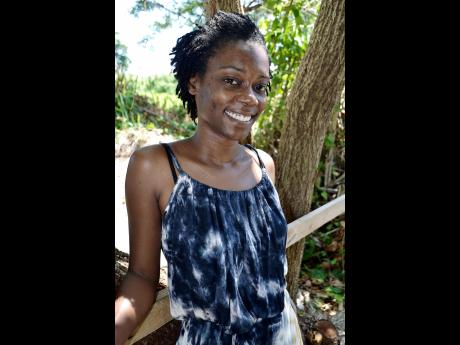 Diamara Neil Walker on her farm. 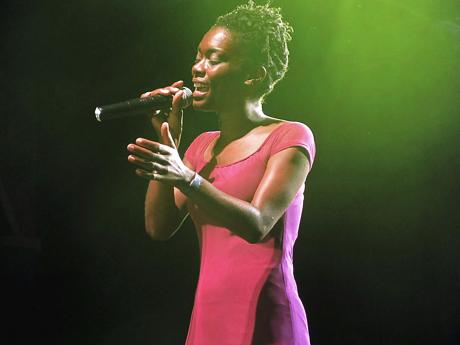 The Marcus Garvey Technical High School music teacher has her time split between her job at the school, her personal career as a musician, her ministry as a member of the St Ann's Bay Seventh-day Adventist Church, working a cooperative farm headed by her husband, David, and her family.

For all her efforts, Walker got some much-needed returns on August 2, when she won the contest with her composition God Is, ahead of nine other contestants in the final at the Ranny Williams Entertainment Centre, St Andrew.

The winning composition came about in a peculiar way. She had written a song previously, which she had hoped to enter the composition with, but fate intervened.

"I got chik-V and then after chik-V, I got laryngitis and (almost) lost my voice and so I couldn't manage that song because it was kind of high and I knew I had to play the keyboard at the same time," Walker explained.

"So, it was like 'Lord, I need a new song that I can manage'. I prayed and I started playing the keyboard and the words started coming, so I just flowed with it basically."

That song turned out to be God Is, which not only won the contest for her, but also won the sectional prize for best lyrics.

"I think there was a lot of variety in the 10 finalists. Going up to the last moment on the final night, I was watching all the performances. Everybody came with their 'A' game, and because there was such variety in style, in how they were presented, the result really could have gone any way. Regarding the prize for best lyrics, I love writing so I was very glad about that."

It was quite a joyous occasion for her when she was declared winner. She took time out to speak about the song.

"God Is is a contemplative song. It's a narrative as well. It has two verses and the two verses are about two different people, but the summary of that is that God is calling us back to Himself; those who have left the Church and those who have never been to church, who have never been a Christian. God is always knocking at our hearts saying, no matter what your sin is, He is there to wipe it clean and to be there for us and to restore us to what we should be, so there's no sin too bad. It also kind of covers how we have a responsibility as Christians to call back those who were once in the fold."

Walker has spent five years at the Marcus Garvey Technical as a music teacher and entered the school's choir in TVJ's 'All Together Sing' a few seasons ago. She hopes to go back there soon. Several of the students, present and past, have called to congratulate her, one stating joyfully, "Hey Miss, I'm proud of you!"

Several teachers, too, have called to congratulate her.

Now, she hopes her success will impact students in a positive way and serve as a motivating factor as they strive to achieve their personal goals.

"I think that this has shown the students that they should go out and try. Write your own song and perform it and see what the response is. I hope this encourages them to just try something new with their gift, whatever their gift is. Maybe it's not singing, maybe it's drawing or whatever it is."

Most important, though, Walker wants the song, and her music in general, to serve as a witnessing tool.

"I want people to see it as a witnessing tool," she said of the winning song.

"It's entertainment, generally, but it's a major witnessing tool as well. I would say it's preaching with a melody line. So if you can understand what I'm trying to say through the song, this helps your relationship with and in seeking after God. The work is accomplished because I can sing and entertain you, but there has to be more to it. There has to be a salvation issue to it, or else it becomes an empty barrel."

She also expressed delight at the JCDC for allowing contestants to perform original songs, as she believes this opens up avenues for them to expand their writing skills and their careers overall.

When Family and Religion caught up with Walker earlier this week in Priory, St Ann, she led us to the farm, where she found shade under some trees to do the interview.

The farm consists of about 10-acres of scotch bonnet pepper and about an acre-and-a-half of recently planted pumpkins.

Her husband, David, heads the group of eight persons who got together about two years ago to start the agricultural company called Just Farmers.

"It's a way of making money, but it's also a witnessing tool as well because the majority of persons who work on it are all from the same church and we also evangelise as a group as well."

After a successful summer, especially on the stage and in the field, Walker returns to the classroom at Marcus Garvey Technical in September, no doubt a new heroine to some of her students.

She, to them, surely will be a living witness to what can be achieved through hard work and dedication.