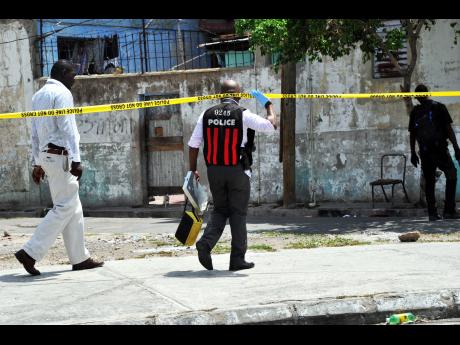 The Independent Commission of Investigations (INDECOM) says a probe is already under way into the circumstances under which a Westmoreland man and his 18-year-old son were killed on Friday.

Angry residents who accused the police of killing 43-year-old Ricardo Sinclair and his son Ajani, staged a fiery protest outside the Sav-la-mar General Hospital yesterday.

One police car was reportedly fire-bombed and an ambulance that was not in service set afire during the protest.

However, the police have denied any involvement in the men’s death, saying they were killed by gunmen.

According to Reid, their firearms have been taken out of circulation and sent to the Government Forensic Laboratory for testing.

And Health Minister Dr Fenton Ferguson has appealed for calm.

While expressing condolences to the men’s family, Ferguson urged residents to allow health workers to go about their normal duties so they can continue to assist those in need of care.

He says health workers should not be fearful about their own safety from the very persons they have committed their lives to help.

The health minister also urged the community to demonstrate respect for hospital property and equipment that are required to save lives.