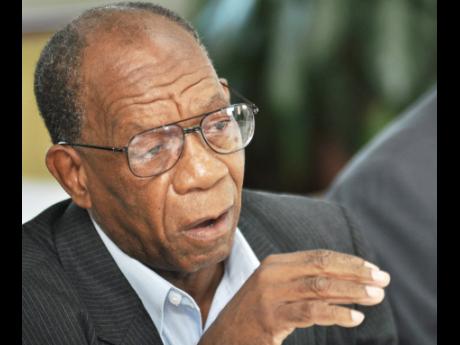 Member of Parliament for west rural St Andrew, Paul Buchanan, is promising help for students of Padmore Primary who performed outstandingly in the Grade Six Achievement Test (GSAT) but whose parents are struggling to find the money to have them take up the spaces they have been offered in some of the island's top secondary schools.

"On the 19th at Sebastian Centre in Golden Spring, we will be having our annual scholarship award ceremony, where the entire Padmore GSAT cohort will be getting education grants and scholarships to the top-two students," Buchanan told The Sunday Gleaner hours after some parents shared their tales of woe.

According to Buchanan, since he was elected member of parliament (MP) in 2011, more than $20 million has been spent in scholarships, grants and book vouchers out of his Constituency Development Fund.

But principal of Padmore Primary, Keisha Hayles, while welcoming the assistance from the MP, is not confident that this will be enough to ensure that all the GSAT performers will be set for the start of the next school year.

"Paul Buchanan has this scholarship fund where he says he is going to be giving all of them something, but when I check out what is the something, it can help maybe buy a couple books, but it is not enough. Some of their auxiliary fees are like over $40,000 and over $30,000," argued Hayles as she called for a more holistic support for the residents of the small community.

"Most of the parents are single parents and ... might do a little farming and ... some odd jobs," added Hayles

That call is not lost on Buchanan who told our news team that he has been doing his best to support Padmore Primary from the onset and his interest in the welfare of the people in the community should be evident from the things he has been doing.

"If the scholarship programme and the new clinic don't point towards care, attention and the fact that there is some intention to help the people down there, I don't know what else can," said Buchanan.

"Padmore is part of the infrastructural challenge that we must now move on to and we are going to do the best that we can. The area has a lot of heritage tourism potential, so we will be looking at that also," added Buchanan..

He said while Padmore is a priority area, his constituency is a large one with a lot to be done, as it is it home to several persons who need help, evident by the number of persons on the Programme of Advancement Through Health and Education (PATH).

The first-time MP argued he has more than 100 solid achievements in the constituency in 36 months, which includes fixing major roads, bridges, building clinics and computer labs.