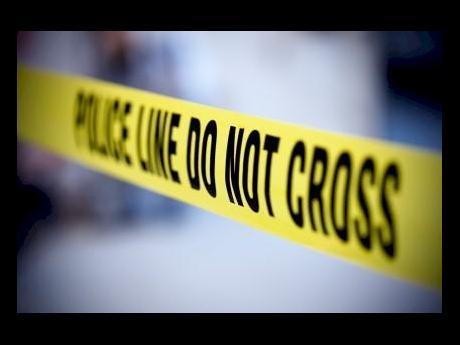 The police are still questioning a suspect in the father and son killing that triggered fiery protests from residents in Savanna-La-Mar, Westmoreland on Friday.

The man, who it is alleged had an altercation with one of the victims - 43-year-old Ricardo Sinclair and his 18-year-old son Ajani - turned himself in to the police yesterday morning about 10:00.

He reported after learning that investigators had gone to his house in search of him while he was away. His identity is being concealed while investigations continue.

In the meantime, calm has been restored to the Westmoreland capital following violent demonstrations on the weekend, which threatened operations at the Savanna-la-mar General Hospital.

The police have maintained a strong presence in the parish capital, where angry residents, accusing the police of killing Sinclair and Ajani, staged protests Friday evening through to Saturday.

Residents fire-bombed an out of service ambulance that was parked on the hospital compound, and also a police service vehicle during the fracas. And, a building containing old hospital records was also set ablaze.

The police have, however, disputed the residents' accusations.

In a release issued via the police's Corporate Communications Unit, they said the men were killed by unknown persons. They say police on patrol in the area responded to the incident after hearing the gunshots. Sinclair and his son were found with multiple gunshot wounds and were taken to hospital where they were pronounced dead.

The Independent Commission of Investigations has begun a probe into the incident.