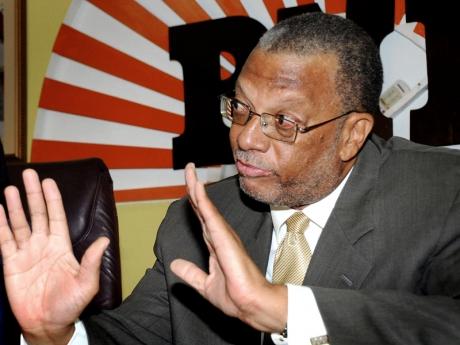 The  People's National Party (PNP) says it has done all it can to ensure that the most vulnerable in the society are protected from economic and social fallout.

Senior party member and finance minister, Dr Peter Phillips made the declaration last night while speaking at a party meeting in St Mary.

He pointed to increases in the minimum wage in recent years, the decline in inflation and investments in the Programme of Advancement Through Health and Education (PATH).

Meanwhile, Dr Phillips urged his supporters to ensure that they vote for the PNP to form the next government when the next general elections are held.

He told Comrades that they will be making a decision for their family and the future of Jamaica.

Phillips argued that by voting out the Jamaica Labour Party administration in 2011, electors were rescuing Jamaica from what he called humiliation. According to him, Jamaica was isolated under the previous JLP administration, while the government was accused of supporting international drug lords.

He was making reference to the extradition saga involving Christopher 'Dudus' Coke that crippled the former Bruce Golding administration.