Ken Jones - A career journalist of the highest order 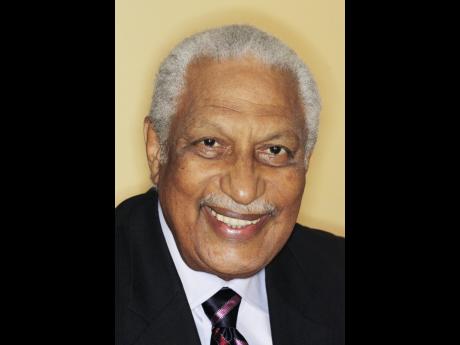 Ken Jones was an outstanding writer and communicator.

He gained his bachelor's degree in communications by correspondence with Western University in the United States.

He began his career as a journalist in 1947 as a sportswriter with the Jamaica Daily Express and later served as acting editor of the Public Opinion.

From 1957-1962 he served as editor of the Welfare Reporter, a community-development publication of the Jamaica Social Development Commission, which was listed by the United Nations among the leading publications of its type.

Jones worked with the Jamaica Information Service (JIS) in the early 1960s and was the first JIS TV producer and presenter. Later, in the early 1980s, he returned to JIS and served as executive director for four years. He also worked at Kaiser Bauxite, Alpart, and Goodyear Jamaica as public and community relations director.

From 1972-75 he was chief executive officer of Public Relations Associates, the first full-service public relations company in Jamaica. He worked as a newspaper columnist for many years.

From 1984-1990 he served in the foreign service as information minister at the Jamaican Embassy in Washington, DC, and as community relations director

for North America-based at the New York Consulate General. He served as information director in the Office of the Prime Minister from 2008-2009.

He gave voluntary service as a justice of the peace and as founding president of the Harbour View Citizens Association and the Jamaica-America Society. He served on the first executive of the Jamaica Football Federation. He was a member of the Friends of Liberty Hall during the period of restoration in addition to being an active member of the Buxton High School Past Students' Association.