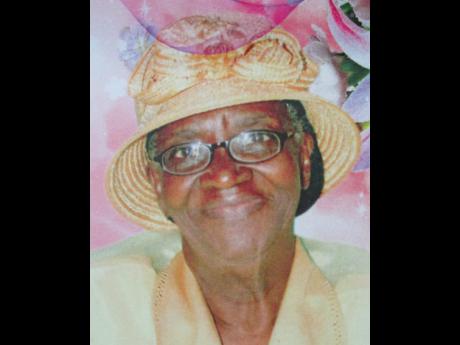 If you checked the records of Iron's Mountain All-Age School in St Ann, you would find Lona McLean in them.

And you would see that she was born on March 5, 1941, and her parents were Lawford McLean and Cislyn Sharpe.

Lona grew up in Barrot Hall in the same parish, but her mother brought her to Ivy Store, Cross Roads, in Clarendon, where she continued her education at the Chapelton All-Age School. They later moved to Turners, where she eventually met William Pinnock, who married her in 1965. Then came the offspring - 13 of them.

Mama, Mama P, and Mother Pinnock became the popular names for the butcher and farmer's wife, who sold her husband's products.

"She would walk from Chapelton, Four Path, to May Pen to sell the produce her husband planted. She stood beside her husband in the market for many years," her children told Footprints.

It is said that she was a praying woman who would pray for her family and blessings for the community.

"Even before Miss Lona accepted the Lord Jesus Christ in her heart, one could hear her singing and praying in her strong, male-tone voice upon the hill top," her daughters, Eva and Marvalyn, said during her funeral on Saturday, August 1, at the Assemblies of the First Born of Jamaica Church at Turners, Chapelton.

It was at this same church Lona "took her watery baptism and right hand of fellowship". She attended this church for 50 years.

Her daughters eulogised her as a loving, ambitious, attractive, intelligent, innovative, caring, virtuous, stern but compassionate woman who lived an exemplary life in her community and who "would do everything in her power to see to her family's well-being".

For this, her children said she was a "number-one mother" who "looked after her children even when they passed the age of adulthood". "She was a gem of a wife and mother, a first-class wife".