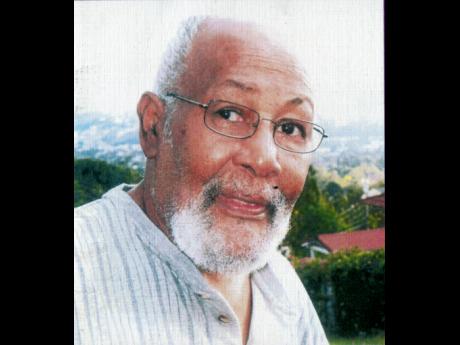 On November 3, 1934, twin boys were born in Kingston to housewife Marie Anne Hypolite and customs officer James Arthur Jacques Francis. One boy died at birth, while the other lived until Friday, July 24, 2015.

He was Alfred Alexander Jacques Francis, whose older sister was Mavis.

Alfred was affectionately known as Sonny, Al, Cuz, Uncle Bigga, and Prof, which is short for professor.

On Monday, August 3, at Professor Francis' service of thanksgiving at the University Chapel, UWI Mona, on behalf of his family, he was remembered by Chief Justice Zaila McCalla as a dear husband, father, grandfather, colleague, storyteller, master educator, mentor, sportsman, author, painter, loyal friend, and a gentleman of unquestionable character and integrity.

His unquestionable character and integrity were, perhaps, honed at St George's School Infant Department, St Aloysius Primary, and Kingston College, the University of Western Ontario in Canada, and Southampton University in England, to which he received a scholarship from the Government of Jamaica to read for a degree in economics.

pursue a doctorate at the Massachusetts Institute of Technology, his choice from the Ivy League colleges, including Harvard, Yale, and Princeton. He rejoined the staff at UWI after obtaining his Doctor of Philosophy.

The affiliation with UWI continued when Francis returned from a stint in Uganda. He was promoted to professor of applied economics but subsequently got employment at The Hague in Holland and then at the International Bauxite Association headquarters in Kingston as director of economics.

Brilliant, humble, unassuming, loving, punctual, caring, devoted are some of the adjectives used to describe the man who married Daphne Burke when he was 19. He was the father of Paulette, Andrew, and Denise, and a father figure to Patsy and Claudette, children of sister Mavis.

"He had a strong presence and an enchanting charm that endeared all who came in contact with him," McCalla said. "He has now gone on before us. His memory will live on in our hearts forever."