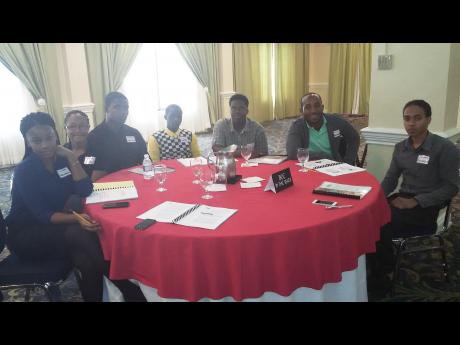 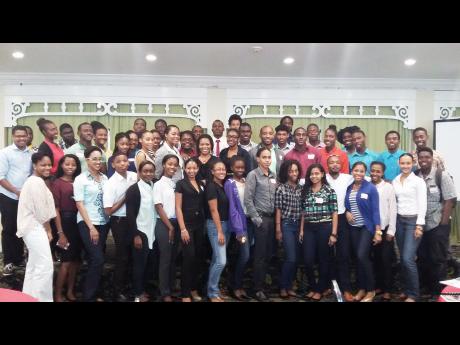 More than 70 students from high school and tertiary institutions have become a part of the Jamaica Money Market Brokers (JMMB) team through the company's Summer Employment Programme, which runs from June to August.

The programme was introduced over a decade ago, and is designed to give young persons hands-on experience in the world of work, facilitate their personal and professional development while also providing an opportunity for JMMB to nurture and acquire young talent who might become a part of the team in the future.

Cecile Cooper, country manager, Culture and Human Development, said several individuals who joined JMMB as summer interns have gone on to become permanent members of the team and have made JMMB their home.

Patrick Kahwa, senior settlement officer is a former summer worker who began his stint at JMMB more than a decade ago. "The friendly culture attracted me; I liked the family setting and the sure-can-do attitude of the people; they seemed happy at work," Kahwa said.

Kahwa said becoming a JMMB team member was a "natural transition. "Spending two summers in the trading department gave me insight into where my degree could take me (in the industry), while I gained a lot of practical knowledge, which was made possible by the small size of the company then," he said.

During their tenure, the summer team members are integrated in various departments across the company; working alongside permanent staff on special projects, clerical and administrative tasks.

Bernard Bennett, summer intern, said one of the best parts of his experience was the opportunity to participate in team meetings and to share his input as well as working on projects to completion. "This gave me a sense of the value I added to the team," Bennett said.

The overall programme seeks to immerse the interns in the company through a special orientation session which gives them an in depth understanding of the unique culture and participation in the team's sporting activities and other events.

The summer workers are selected from a wide pool of applicants based on their skill sets and availability of vacancies. Additionally, the programme forms a part of the corporate social responsibility efforts of JMMB Group, which is committed to youth development.