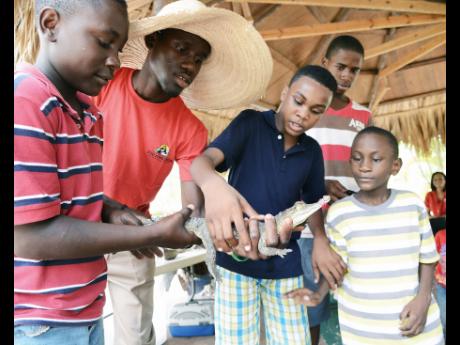 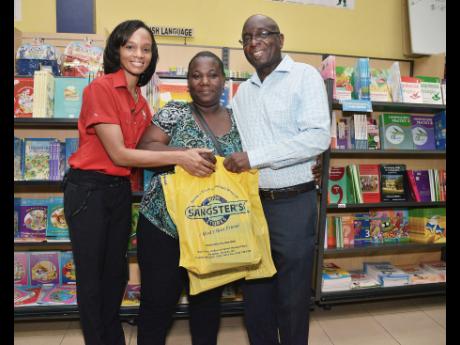 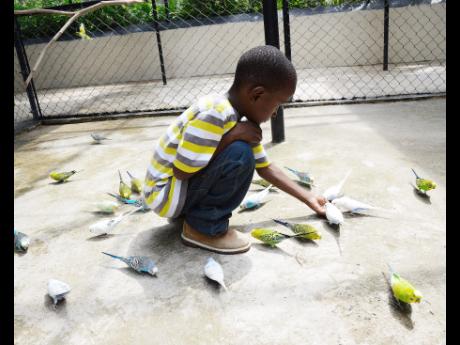 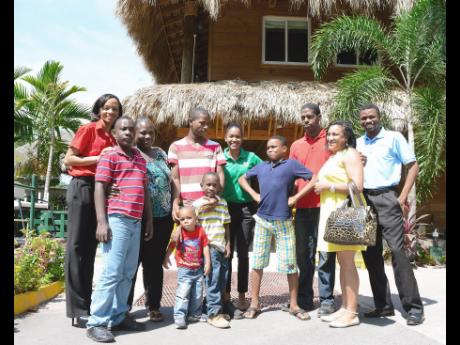 If only for one day, Simone Streete was treated like a queen as she became the third recipient in the  Nestlé 'As You Wish' promotion. Streete, who is from Hopewell in Hanover, is the mother to four boys - ages 17, 11, seven and two - and has faced insurmountable challenges caring for her children.

The 35-year-old single, unemployed mother has taken odd jobs over the years to feed her children. Although overwhelmed year after year with all the back-to-school expenses for her children, Streete has never thought of giving up. "It is rough most of the times. I wash clothes, fix roads, hustle guineps, sell soup on the roadside and anything I can do to help my children," she said.

It was the 'wish' of Streete's 17-year-old- son Sanjay Grubb - 'my greatest wish is for my mom to take us all out together as a family to KFC,' that prompted family friend and church sister Sharmaine Suckoo Samuels to pen the request to the  Nestlé 'As You Wish' promotion.

"I was talking to her when she mentioned that is what her son wanted. It broke her heart because she knew she could not afford a family outing. This has come at a good time. She doesn't have a steady job, but whatever work she gets she does it to take care of her family," Samuels said.

Shawna Kidd, corporate communications and community relations manager at  Nestlé, said when her team read the letter sent in by the family's friend they were moved and immediately put in place plans to go beyond simply providing a meal for the family.

"Our intention was to provide them with a great experience that extends beyond a day or two days, but one that they would remember for a very long time," Kidd said.

Streete and her family were transported from home in Hanover to Kingston, oblivious of what the  Nestlé team had in store for them. The first stop was at the Hope Zoo in St Andrew where they were taken on a general tour and even fed the birds and animals. She was elated over her first visit to Hope Zoo.

"Today, I feel like a queen. I am so excited and I feel so stress-free," she said.

Orlando Robinson, curator at the Hope Zoo, said being involved in the 'As You Wish' promotion has re-affirmed their mission of being a place for recreation and bringing families together.

Streete and her boys also enjoyed the petting zoo, an area which Robinson said was created to debunk the myths people had regarding some animals.

Sangster's Book Stores contributed all the books that the four children needed for the new school term. "It is the first time my children will have all the books they need for school," Streete said.

Nestlé also provided the family with a hamper of products, $20,000 in supermarket vouchers, back-to-school haircuts for all the children at Upper Cut Barbers (Liguanea) and a special lunch at The Jamaica Pegasus hotel.