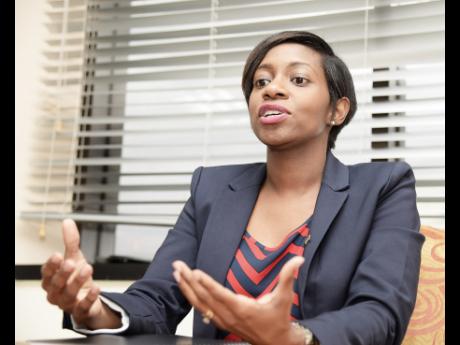 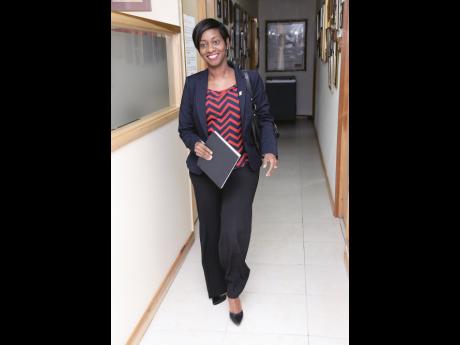 To say Yanique Forbes Patrick is new to the Scotiabank family would be an understatement.

Less than two weeks on the job, Forbes Patrick, who is the new vice-president of marketing, public and corporate affairs, is already flashing a wide smile.

"There are always jitters when you start at a new company, just in terms of those first couple days and how you settle in and that plan that you make for yourself," she said. "But it really just has been very good."

Forbes Patrick's CV is one chock-full of her success in the telecoms sector, which started in 2006 at the then Cable & Wireless Jamaica Limited as marketing communications manager. Forbes Patrick coordinated campaigns for residential Internet, contributing to an increase in the company's customer base of 96 per cent in the 2006-2007 fiscal year.

She successfully implemented customer-retention initiatives and was promoted four times in her six years. As regional product campaign manager at the then rebranded LIME, she successfully coordinated and launch communications activities for the LIME rebrand in 13 countries.

"It was a great experience ... it was a company at a crossroads," she recalled. "It was a company that was trying to reinvent itself. So it was tumultuous, but you also learn a lot when a company is not doing well." Forbes Patrick's efforts resulted in increased gross revenue and up to 40 per cent cost savings on specific campaigns. Her last stop was at Columbus Communications Jamaica Limited (Flow) as marketing manager.

"It was exciting. It was a smaller company, a growing company," she said. "And for me, it would have been much easier to have influence in terms of the direction of how we grew and how the marketing looked than in a bigger company." At Flow, she coordinated several successful marketing campaigns which have contributed to a 39 per cent increase in overall subscriptions in the last three years, despite the sluggish economy.

Forbes Patrick also implemented several initiatives including an improved media strategy which is partially responsible for a 20 per cent improvement in overall brand perception between 2012 and 2014.

"I'm an inclusive person when it comes to my approach," she said. "I do not think I have all the answers, and I think you definitely have to liaise with all the relevant stakeholders. And then, what I am good at is actually planning. So after meeting with everybody, I try to take all that information and come up with a master plan, and a contingency plan in case anything goes wrong." She now takes her proven strategy to banking.

"It was time to do something new," she said. "And I've always kind of seen myself working at Scotiabank (her mother worked there for years). It's a company that I've always respected and I've wanted to be a part of. What I like about Scotiabank is that I see them doing the right things. I see them not getting complacent as a big company, adapting when necessary and holding firm to the things they believe in." Though it's a different sector, Forbes Patrick believes there are similarities.

"You have a customer, you want that customer for life," she reasoned. "So how do you engage your customer at different stages in their life cycle to make sure they are satisfied with your service, that what you're doing is relevant? You make sure that your customers are in a good place so that your competitors don't come and swoop them up. You can't get complacent." She noted individuals make decisions on telecoms and banking based on their affinity to the brand.

A graduate of the University of the West Indies, Mona (receiving a BSc with honours, plus majors in management studies and accounting), she admits she tried a few study areas (even photography at the Edna Manley College) before settling on marketing. Forbes Patrick later earned an MBA with an emphasis in marketing (distinction) from the University of Sheffield, England, receiving the Sheffield Insulation Group 'Marketing Management MBA Award'. Despite enjoying the experience of studying in Europe, there was never any doubt about returning to Jamaica.

"I think you need to come back home," she said. "At the end of the day, there probably is more money, more opportunity ... but to me, that's not quality of life. So I'll take my chances at home." Still new to Scotiabank, she won't start plotting long-term plans just yet. But there are some obvious goals she hopes to achieve.

"In terms of any business, you want to grow your market share, you want to make sure you are the preferred brand, the brand of choice," she said, noting that whenever she chooses a company to work at, she tends to stick around. "You never know what is going to happen and which opportunities present themselves. But I'm happy to be here, and I plan to be here for a while."