You are betraying the force, Federation chairman tells rogue cops 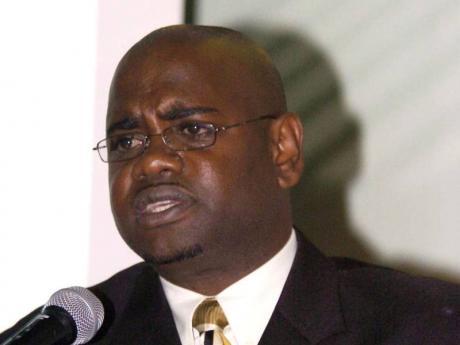 Wilson ... loyalty to the so-called 'squadie' should only extend to cops who act within the law

The chairman of the Jamaica Police Federation, Sergeant Raymond Wilson has denounced the alleged criminal actions of two constables this week saying they have compromised and betrayed the integrity of the entire Jamaica Constabulary Force.

Around midday on Monday, a police constable who has been on sick leave, was shot near the National Commercial Bank in Black River, St Elizabeth as he attempted to rob a businessman of around $5 million.

In another incident hours later, another constable was shot during an under-cover operation as he collected money from a motorist whose car he had earlier seized.

According to him, if the allegations are true, the public trust and partnership with crime fighters has been seriously undermined.

He says the integrity of the police force is of great value and must be jealously guarded.

Wilson also said the loyalty to the so-called 'squadie' should only extend to cops who act within the law.

'Squadie' is the term used by members of the force to refer to their colleagues.

In addition, the chairman says the union pledges its full support to members who face criminal charges while carrying out their lawful duties.