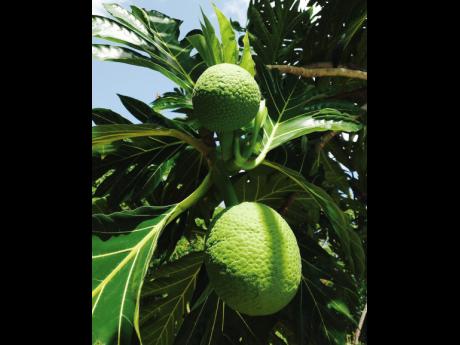 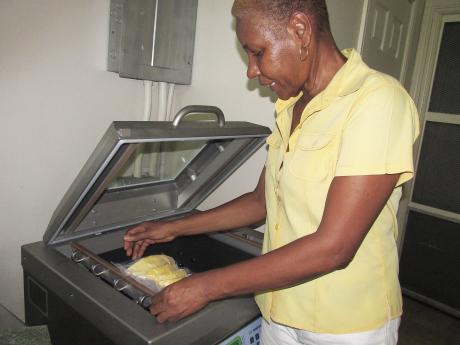 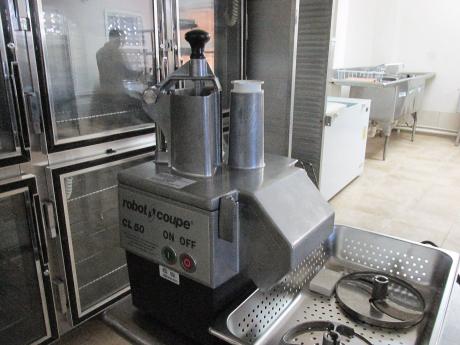 But Cynthia and Trevor Willis of Spring Garden, Portland, are taking things further by diversifying the uses of the breadfruit.

Rural Xpress recently visited the Willises to talk about their breadfruit business. Mrs Willis was the hostess. The initial idea, she said, is the packaging of sliced steamed breadfruit, which can be fried or eaten as is, after it is heated. They started in 2011, but because of destructive Hurricane Sandy in 2012 and the drought over the years, which has been affecting the size of the breadfruits, making them difficult to slice, the venture is challenged.

Undaunted, they contacted Trees That Feed Foundation, an organisation that is dedicated to the propagation of trees that provide food and which has been giving away breadfruit trees all over the world, where the making of breadfruit flour was suggested. Since last year, they have been producing such.

The breadfruit, Willis said, is very nutritious. It has omega 3, omega 6, vitamin C, vitamin A, protein, is gluten-free, and has dietary fibre. This brain food is also good for the immune system and serves as a treatment for diabetes. And so one of her plans is to produce a breadfruit-porridge mix.

She said she is pleased to do a breadfruit-porridge mix to sell to the schools "so that the basic school children can benefit from the nutritional value of breadfruit flour". The Willises have been supplying two schools in Portland with 30 pounds of breadfruit flour every month. It is used to make cakes and muffins, other baked items and porridge. Trees That Feed is to be the sponsors of the porridge in the school programme.

Though the Willises have breadfruit trees on their property, they buy from others. They want a special plantation so that they can monitor how the fruits are harvested. According to Willis, Food and Drug Administration guidelines do not permit the breadfruit to fall to the ground. As such, they have been trying to get land to develop into a breadfruit farm.

Nevertheless, the Willises plan to expand their range of breadfruit products. "Eventually, I am going to expand, but first you have to get this programme in place that is generating revenue to build on. So until we get to that stage, we are not going into anything yet," Willis said.