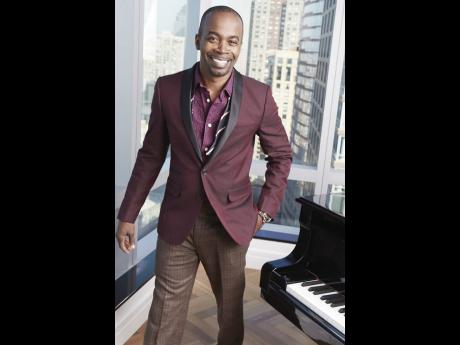 Referring to the popular American drama television series, Power, currently aired on Starz, David 'Squeeze' Annakie, CEO of the Linkup Media Group of Companies and owner of Fiction Fantasy night club, will celebrate his birthday under the series' theme at his club tomorrow night. The club is located inside the Market Place complex along Constant Spring Road, St Andrew.

Annakie told The Gleaner, "I have selected the successful TV series Power because quite a few of the actors are my neighbours in New York, and I am very happy for them. I remember running into 50 Cent - executive producer/actor - Curtis Jackson, in the lobby of the Ritz Carlton Battery Park just over a year ago , when he asked about Linkup Media radio studios in New Yorkand alluded to the series."

He added that it was great to see that Power has come to fruition.

"I just want to celebrate my birthday with our Fiction fans and an entourage of stars from the United States who have been supportive throughout the years both locally and internationally. They have been loyal, and I really appreciate that. I am also excited by the fact that we are now the number one cosmopolitan nightclub in the Caribbean," Annakie said.

Since acquiring Fiction Fantasy last year, the club has become a magnet for corporate Jamaica and a large number of local and international celebrities. Among them are American Actress Vivica A. Fox, rappers Cam'ron and Busta Rhymes; international singers Trey Songz and Ashanti; international model Tyson Beckford; former 'Real Housewives of Atlanta' star Claudia Jordan, Olympic superstar Usain Bolt, NFL and NBA players, as well as a raft of other well-known personalities spanning Jamaica's business community, the political directorate, and the entertainment industry.

The initial purchase of Fiction Fantasy Nightclub took place in the first quarter of 2014 when Annakie bought 60 per cent of the entity from the Kingston Live Entertainment (KLE) Group. In the last quarter of 2014, the consummate businessman, Annakie bought the remaining 40 per cent to become the sole owner of Fiction Nightlife Entertainment. The purchase includes the adjoining Odyssey space which is named Fiction II.