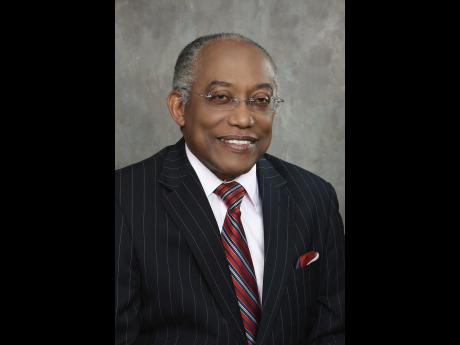 Professor Errol York St Aubyn Morrison is now a recipient of the International Biographical Centre (IBC) of Cambridge Honorary Doctorate of Science degree. The announcement was made this month by the IBC which is a world leader in biographical publishing.

According to the IBC, Professor Errol Morrison is a world renowned educator, biomedical scientist and diabetologist. He is also advisor to the Prime Minister and he is the director general of the National Commission on Science and Technology.

The honour is only conferred after a thorough evaluation of each candidate's qualifications by the members of the IBC Research and Advisory Board and is made to selected noteworthy individuals across the globe in recognition of their lifetime accomplishments.

In his response to the honour, Professor Morrison noted that, ".......this recognition from an august international body such as this one, is a crowning glory for a life's dedication to the sciences and also kudos to the scientific community here in Jamaica, for note that all my work was done here and in the Caribbean and has had worldwide repercussions."

He served on several international boards and has authored more than 200 peer reviewed scholarly articles, written numerous monographs and 20 books.

His scholarly career has seen him as a specialist researcher in medicinal plants and the probing of their value in the treatment of diabetes. He dedicated himself to translating these scientific data for dissemination to the public. He is cofounder and Honorary Life President of the Diabetes Association of Jamaica.

Weed Ed | Could Jamaica produce the holy grail of ganja? - Researchers and investors are betting on it
STEAM is the Catalyst for Caribbean Youths