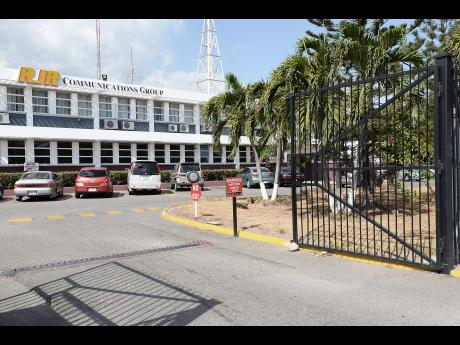 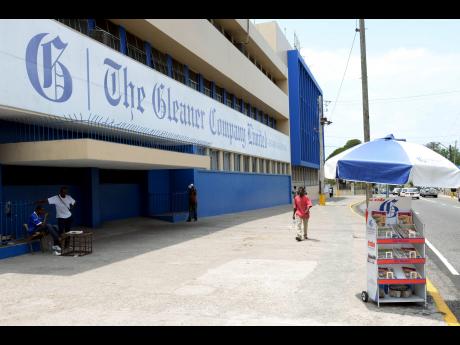 As promised, here is another look at the proposed RJR/Gleaner merger. This announcement comes against the backdrop of a media landscape that is constantly evolving globally, regionally and locally. Media changes are being driven not only by technologies such as high speed broadband, the Internet, in general, and smartphones, but also via mergers and acquisitions accompanied by media convergence and consolidation. Let me focus on Jamaica and start with radio. The merged RJR/Gleaner entity will have five FM radio stations.

From as far back as 2002 as the then general manager of TVJ, the decline of local radio was evident. It has continued a steady fall-off. In terms of radio's potential market, while this stood at 719,000 in 2000, in 2014 it had declined by about 25 per cent (Source: All Media Survey published 2015 with data collected in 2014). Over this period radio sets have been reduced in number by about 35 per cent. The number of radio stations has, however, increased, with Jamaica now in a very crowded radio market of about 30 commercial stations for its less than three million people.

The status of radio revenues is not easy to come by. Market leader for the past several years, Irie FM, has always been reluctant to reveal its revenues. Coupled with its sister station Zip103FM, which started mid-2003, these privately owned stations control almost 30 per cent of the radio market. Although publicly traded, RJR and Gleaner do not disaggregate revenues for each radio station. This makes it difficult to determine the financial performance of each station. Arriving at the advertising revenues of radio in Jamaica is therefore a game of guesstimate.

Having five radio stations in the merger the RJR/Gleaner Group may not redound to greater revenues. The demise of FAME from the RJR group and Music 99 from Gleaner's group would not therefore be unexpected, given their relatively meagre market share and likely paltry revenues. Then, too, with hotel mogul Butch Stewart's FYAH 105 FM performing creditably, he may want to acquire one of the smaller stations and niche market specifically to the tourist industry. This could complement his Jamaica Observer and FYAH FM media holding.

Then there is Cliff Hughes and his Nationwide Radio, which for many reasons has never been able to sustain itself financially. Hughes, an outstanding journalist with a 'Rottweiler' type station, recently made a business arrangement with Gleaner's Power106 FM where he anchors a critical day part. That arrangement, along with the housing of Nationwide at the former Power106 premises, may now be under review. Mergers/acquisition, or at the very least some shake-up in the radio market therefore look highly likely as one outcome of the RJR/Gleaner merger.

The radio scenario in Jamaica does not appear to mirror that of the United States America where only days ago Nielsen, that country's leading media monitor, reported upward trends in radio listenership with record highs over the past two years, driven by Hispanics and Blacks. One acknowledges that perhaps Jamaica's media monitor may be missing out by failing to count listeners who tune in to radio via cell phones.

In a previous article, the strong market positions of The Gleaner (77.3 per cent share of readership on Sundays) and Television Jamaica (72.5 per cent market share for free-to-air TV) were outlined. The much less impressive but still noteworthy performance of the RJR radio brands, with almost 20 per cent share of listenership, was also highlighted.

The merged RJR/Gleaner is therefore a great promise to advertisers. Whether it actually delivers, assuming the merger is approved, will remain to be seen. Can The Gleaner's online platform and its print paper be sufficiently leveraged to justify additional revenues to the merged group? Both Gleaner's and RJR's financial performance may give us a clue, so I examined their financial reports to the Jamaica Stock Exchange.

The Gleaner Company, that part of The Gleaner that is proposed to be merged, has delivered pretty flat revenues over the past four years, $2.7 billion in 2011 and $2.8 billion in 2014. So despite its strong market position, The Gleaner has not been able to use this to drive real revenue growth.

The state of RJR Group's revenues has been similarly tepid in growth, $1.9 billion in 2011 and $2.0 billion at the close of its most recent financial year, March 2015. It is TVJ that is keeping RJR afloat, pulling in over 60 per cent of revenues. RJR may be doing a good job at leveraging that brand and using the radio brands simply to 'sweeten the pot' to advertisers.

Like The Gleaner's, RJR's profits have made massive swings over the past five years. However, its 2014 and 2015 net profits outstrip those of The Gleaner Company for 2013 and 2014. Note that these entities have different financial years. The Gleaner's runs with the calendar year and ends in December.

In this tight economic climate, even with it commanding a lion share of the print market, The Gleaner has been unable to leverage this into revenues. RJR, too, despite its combo packages of radio and TVJ to advertisers, has also been unable to grow revenues. Admittedly, they have both been able to continue to generate net profits every year and this counts for a great deal. Additionally, both have cash or other assets stashed away for rainy days like digital switchover that is now facing RJR.

A part of the rub of this merger, however, is that to effect efficiencies, cost-savings and shareholder value, there will have to be job cuts across the merged RJR/Gleaner media entity. Job losses never go down well with governments, staff, unions and other stakeholders. While this merger is being pondered, I advise all journalists to get trained in digital media and explore new ways to boost their marketability and earning power.