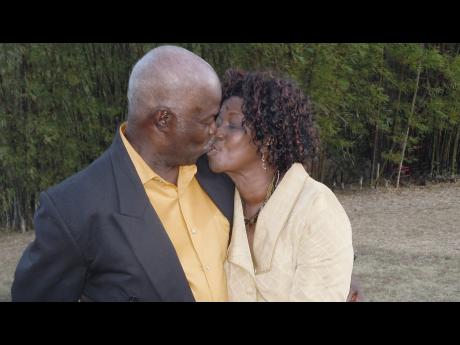 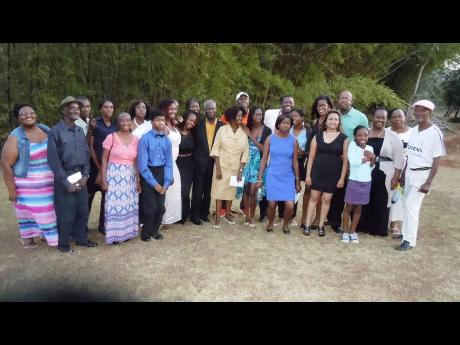 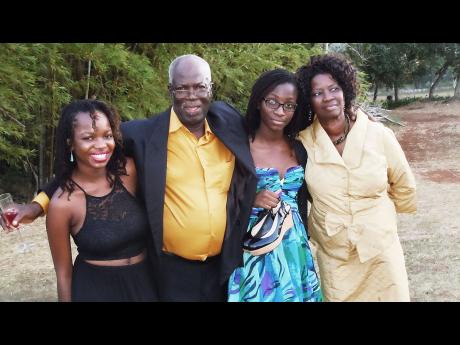 Harry and Dorothy Foster celebrated 50 years of marriage. The two were the toast of a golden anniversary ceremony hosted at the historic Manchester Club last Wednesday, the eve of Jamaica's 53rd anniversary.

Harry grew up in Thornton, St Elizabeth, but left that parish en route to studying at the Jamaica School of Agriculture. He met Dorothy of Brunswick Avenue, Spanish Town, as she attended a Christmas party in Kingston while studying at the Jamaica School of Nursing. Following an eight-month courtship, the two were wed on August 28, 1965, at the Fillipio Baptist Church in Spanish Town.

The golden anniversary ceremony included cocktails, dinner, then tributes from family members and friends before the two took the audience through a joke-filled memory lane of their experience which also included living and studying stints in the US in the late 1960s to the early 1970s when Harry returned as an engineer to work at then ALCAN aluminium company. The function ended with the two gracing the dance floor to the same song which was played during their vows - Andy Williams "She wears my ring".

Dorothy spoke first, and seemed to indicate an important cog for their survival as a marriage couple when she turned to her husband and said: "Thank you for understanding that women (are) miserable." A lifelong Christian and current member of the Assemblies of God Church in Mandeville, she acknowledged that "God has been the cement in the family." Speaking candidly of her decision to wed Harry, she said she had two other choices but settled for Harry on the basis of early qualities she detected which gave her a sense that he could be the "better father". She said she felt justified on the basis proclaiming him as the "best family man one could marry".

Soft spoken and described as warm and gentle, Harry could not be outdone when he spoke. He called Dorothy "the greatest practitioner of self denial". He said it was her Christian values which kept the marriage and provided a sound foundation for the children. It was also these qualities which helped him kick the smoking habit as well as commit his life to God, 17 years ago.

In the most telling moment of the programme, he ended his speech with "Dorothy, I love you," and the sweetest of kisses.

The union has produced three children and six grandchildren. Their first child, Karen, is 47, an accountant, followed by Carl and Grace. Karen is a certified accountant in the US, while Grace is a trained engineer who now heads Eco Jamaica. Carl, who attended Munro in the early 1980s, and now heads a medical practice in Atlanta. Grace is married to Clifton Reid a Mandeville community doctor at the Hargreaves Medical Centre. Reid served as Master of Ceremonies.