Toni England - From Depression to Joy In Ministry 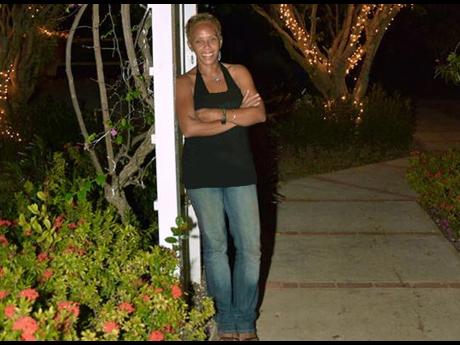 She counts her many blessings as there was a time in her life when she never thought things could turn out this well.

"My marriage is also getting better," she told Family and Religion. "I say that because it was very tumultuous in the beginning and even suffered a potentially fatal blow in the past few years where we hung on a string." The mending started when they both surrendered their wills to God and as she describes: "We started to do the things that we didn't feel like doing. I have learnt that I am the change I want to see, which has been a very freeing revelation for me."

It is clear though that even through the challenges, the two were at a place where they were committed to making their union work. After leaving a top-management job to go into full-time ministry and to be present in the lives of their five children all under 10 years old at the time, the couple hit challenging times.

"We ended up at a place with no car, no washing machine and even no refrigerator," she shared. "And I would endure friends whizzing past me and looking the other way as I walked to take a taxi. That was some real 'flesh burning off' times for me as the Lord had to really deal with my heart and anger as He humbled me," she said.

For England, it was also a time to expand her circle as she got to meet people in her travels who have become very special friends and now look out for her and her family. But she was not always an optimist. It was not an easy road for this woman of God who has reeled from some harsh blows in life. Her world was crushed when at age 13, her parents divorced and her mother migrated.

"We were very close and I came home from school one day and she was gone. I plunged into a very bad depression," she said, "And as a result, I even re-developed asthma from stress and I also blamed my father and had a great deal of anger towards him."

"At 16 I was pregnant. I was taken to have an abortion and sunk even further into the depression. There was a lot of shame and my family was pretty mad," she said. "And worse, I had another abortion in my 20s and a miscarriage on my 41st birthday,"

It wasn't until a few years ago that England realised she had managed to 'tidily' move past the pain of those losses and was thankfully guided through a process of healing by Christina Milford of the Pregnancy Resource Centre of Jamaica, where England volunteers. "She encouraged me to write letters and name my babies," she said. "It is a joy now to know that there is no condemnation in Christ Jesus and that I will see my babies one day," she said.

Before finding faith in God in 2002, England said her life was like, "walking with the noose of depression squeezing my life out." And while the depression didn't 'magically disappear, the more she grew to understand the word of God, the more her depression was replaced by faith.

"And today, I am leaps and bounds from that depressed, broken girl. My children have never gone to bed hungry and we still have a roof over our heads. Tough times make you grateful for that. It took me being stripped of much to see God in all His glory. Sometimes we can be so fine that we don't need Him. I think some of the more stubborn of us have to learn the hard way. I have seen so much that the devil intended for evil in my life turn around and glorify God. He is real and He loves us very much and with faith, it can all turn around," she said.

England and her husband are involved in prison, church and school outreach through their Reclaimed Territory Ministry, which recently saw them ministering in prisons in Jamaica as well as overseas.

England is also the creator of the Jamaicans for Jesus Facebook page, a social media Christian support group of almost 5,000 and growing and she is also a board member of the Pregnancy Resource Centre of Jamaica, an organisation that assists young girls in crisis.