Navigating the marriage minefield - Inside the Property (Rights of Spouses) Act 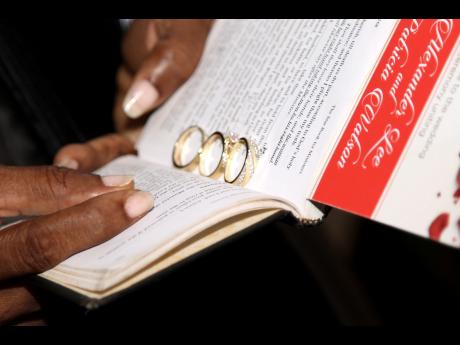 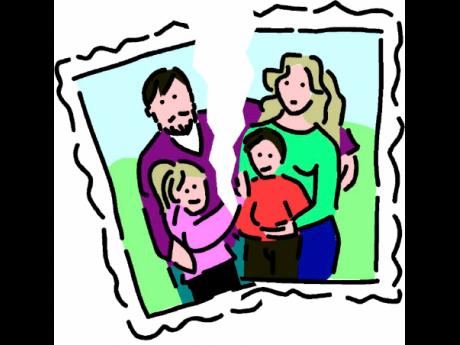 A good friend of mine is very seriously contemplating marriage, but not one to be fettered with such frivolities as romance, unbridled passion and the blindness of love, he has asked me to advise him on what claims his spouse would have to the real estate he now solely owns if the marriage should fall apart.

Although one would never admit this to their betrothed, this is, in fact, an area of interest to many persons about to enter marriage and, sadly, even to many persons who are already married. Today, I will explore the major principles of law which govern this area in Jamaica.

The fairy tale version of marriage in Jamaica is a guy chases a girl until she catches him, they get married, have a child or two, and then buy a house together using their National Housing Trust benefits combined with their Jamaica National or Victoria Mutual benefits. However, at the time of completing the paperwork for the house, full of love, they tell the lawyer to put both their names on the title as 'joint tenants', not 'tenants in common'. Beware, there are three likely outcomes thereafter:

1) The marriage works, albeit some ups and downs, and the parties stay together until one dies. At this juncture, the entire property falls to the survivor and all is at rest.

2) The marriage falls apart and the parties decide to get a divorce. One party contends - as usually occurs - that, even though both parties' names appear on the title as joint owners, in fact, he or she spent far more money on the acquisition and maintenance of the family home and so should be entitled to a larger stake in same than the other party. Who found the deposit to pay and who didn't; who made the monthly mortgage payments and who didn't; who paid for the addition of the back flat and who didn't matters little when talking about the apportionment of the family home when a marriage fails. In such a case, the general principle of law is that each spouse is entitled to a one-half share of the family house (s. 6 of the Property (Rights of Spouses) Act).

It should also be noted that it is not necessary for the family home to be owned by both parties (that is, as joint tenants or tenants in common) for a 50/50 share entitlement to be bestowed one party alone can be the owner (as with my good friend). The important consideration is that the home must have been used habitually or from time to time by the spouses as the only or principal family residence.

I would tell my good friend, therefore, that a good place to start, to protect the house which he currently owns, is to not use it as the family home after the wedding. Any house used as the family home during marriage becomes susceptible to being divided between the parties when the marriage ends. Tell the fiancée what he will: "the house would be more useful as an income earner; he does not like the location of the house; he thinks it would be more romantic if they lived in a love nest they had both selected together," whatever, but avoid, if at all possible, using the house as his matrimonial home.

But I know my good friend, and for any number of reasons, he may not heed my advice and may go ahead and use his house after the wedding as his family home, only to find shortly thereafter that his decision to marry this girl was the biggest of several bad decisions he had made during his lifetime. What then? If this were to materialise, I would tell him to stop moping around, that his wife's 50 per cent stake in his house was not necessarily a fait accompli. I would let him know that he could challenge her entitlement in the courts.

The basis of my advice to him would rest on section 7 of the said Property Rights of Spouse Act, which empowers the Supreme Court to vary the 50/50 entitlement where the Court is of the opinion that it would be unreasonable or unjust for each spouse to be entitled to one-half of the family home.

Factors that the court will look at in such cases include: (a) that the family home was inherited by one spouse; (b) that the family home was already owned by one spouse at the time of the marriage or the beginning of cohabitation; and (c) that the marriage was of a short duration. While it is not a guarantee that any of these considerations will necessarily negative the 50/50 presumption, it is good to know that the Supreme Court has the power to override the 50/50 entitlement in appropriate cases.

3) The third likely outcome is that the marriage falls apart, the parties separate but never get a divorce during their lifetime and then my good friend dies. What then would happen to his house? Had the house been used as the family house while he and his wife were together, without more, on his death, she would be entitled to a 50 per cent stake in the house, albeit the house having been in his name solely.

If, however, my friend had placed his wife on the title as a joint tenant with him, the house, on his death, whether family home or not, would become wholly owned by her. This is due to the principle of law which states that upon the death of one joint owner, his or her share in the jointly owned property will pass to the surviving owner(s).

The take away for my friend, therefore, from all of the above, other than: don't use the house he is taking into the marriage as his family home, don't put his wife's name on the title to the house he is taking into the marriage, and if he does, do not put it as joint tenant, but rather as tenant in common. One more, if there is no hope under the sun of him reconciling with his spouse when the marriage belly flops, get divorced, and do so quickly. Better to have a clear 50 per cent stake during his lifetime than for it all to go to her after his death. In another installment of this column, I will revisit this area and discuss prenups and tenancies in common.