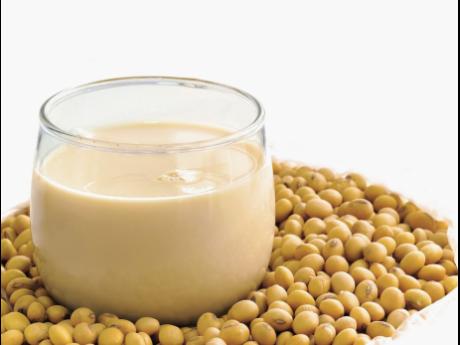 I consider soy a miracle food, and have been recommending this humble bean to my patients for decades. Scientific research has shown that eating soy protects against heart disease, cancer, the metabolic syndrome, and osteoporosis, while easing the symptoms of menopause. It also is an economical and complete source of protein that can safely replace animal protein in the diet. Yet I am frequently questioned about any potential dangers from soy.

Like many good things, soy has been blamed for all kinds of ills. Right after the FDA, in 1999, took the highly unusual step of allowing a health claim to be made for soy, this food came under strong attack by minority groups, many of whom represented segments of the food industry threatened by soy's popularity. Most of these accusations, widely publicised on the Internet, are based on anecdotal reports or shoddy research. The bulk of medical evidence strongly confirms the valuable role of soy in preventing disease and supporting health. Let's look at the most common concerns.

Much of the worry about soy has to do with naturally occurring compounds called phytoestrogens, the most abundant being the isoflavone, genistein. As their name suggests, phytoestrogens are substances in plants that have chemical structures similar to that of the hormone oestrogen. This enables them to fit into the body's oestrogen receptor sites, much as a key fits into a lock. The ability of isoflavones to mimic some of oestrogen's effects has led to speculation that these substances may promote some cancers like breast cancer.

This is not true. We now know that the cells in the breast have more than one type of receptor. The soy compounds actually fit the receptors that prevent breast cancer. Far from causing breast cancer, this ability to bind to oestrogen receptors allows phytoestrogens to protect the breast from the effects of the much stronger oestrogen made by the body or those which come from toxic chemicals like insecticides. This is one way by which soy is thought to help prevent malignancy like breast cancer.

The majority of research, as well as the experience of Asian populations where soy has been a dietary staple for thousands of years, confirms the protective role of soy. A report published in the May 2001 issue of Cancer, Epidemiology, Biomarkers, and Prevention provides compelling evidence of the anti-cancer effects of soy foods. This study found that, with an increase in soy intake during adolescence, there was a reduction in the risk of breast cancer. Women with the highest consumption of soy had only half the risk of those with the lowest intake. Other studies have also shown a reduced risk of cancers of the prostate and colon with increasing soy consumption.

Soy and the thyroid

Another charge against soy is that it contains 'anti-thyroid agents' that can disturb the function of the thyroid gland. This is largely theoretical. Certain compounds in soy can affect thyroid tissue in test-tube studies, but this does not appear to be the case in live human beings. Animals fed vast amounts of soy on a diet deficient in iodine did develop thyroid problems. The problem went away when the animals were give adequate iodine. Humans consuming soy as part of a nutritionally balanced diet have no such problems.

Population studies show no increased prevalence of thyroid disease in countries with a high intake of soy. That debate aside, most researchers agree that consuming soy at the level needed to get its health benefits (about 25 to 50 grams per day) is most unlikely to impair thyroid function. After using soy with hundreds of patients, I have detected no disturbance of thyroid function that I could blame on soy.

However, if you have hypothyroidism, a bit of caution may be in order. Keep your diet well balanced and your soy intake not excessive, and have your thyroid function monitored periodically. Also be aware that taking thyroid medication at the same time as any foods (including soy) may decrease the drug's absorption. That kind of medicine should be taken on an empty stomach.

Include some soy in your daily diet. Soy is now available in many, many forms: soymilk, soy cheese, soy nuts, soups, drinks, protein bars, tofu, and tempeh. There are also textured vegetable protein products like veggie mince and soy burgers. My favorite way to have high-quality soy each day is with a soy protein shake. This is a delicious, nutritious drink that can conveniently replace a meal.

Select high-quality soy products produced by reputable brands. Many so-called soy products have low levels of the key substances that provide the health benefits of soy. Look for the term 'soy protein isolate', and check the protein content on labels as a guide in assessing soy products.

Make sure that your diet is nutritionally balanced and contains optimal amounts of the various micronutrients, especially vitamins, minerals and key elements like iodine. The Cellular Nutrition Programme is an ideal way to ensure that you are getting all you need.