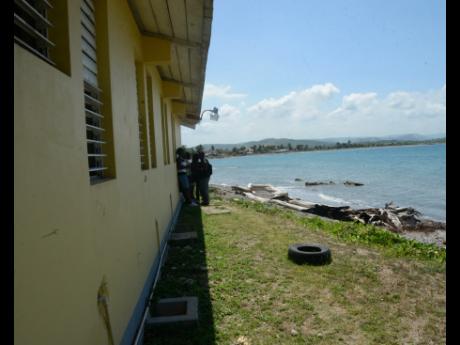 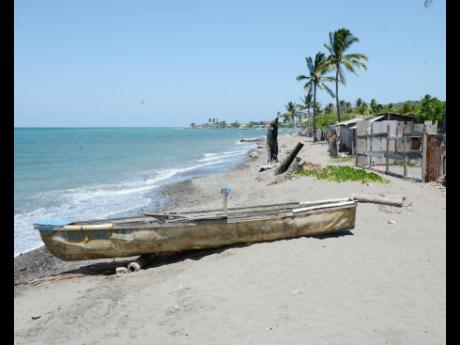 A receding shoreline, approximately 15 feet away from The Annotto Bay Health Centre in St Mary, has sent a strong signal that the community continues to be severely impacted by sea-level rise, beach erosion and other consequences of climate change.

A visit to the eastern parish last week followed an article published in The Gleaner recently, which indicated that Annotto Bay and Morant Point, are Jamaican communities at risk of devastation by sea-level rise, a situation researchers at the University of the West Indies (UWI), Mona, have linked to poor socioeconomic conditions that prevail.

The analysis carried out by the Mona GeoInformatics Institute, included poverty-implication mapping, which shows an urgent need for major investments to ease pressure on water resources. It also points to a need for proper housing development and attention to be given to other areas in the built and natural environments, as a matter of priority.

Veronica Hamilton, public health nurse at the health centre, could relate to the research, pointing out that the Annotto Bay beach front, situated close to the health facility, has her colleagues concerned about the devastation that could occur.

"Since Hurricane Sandy (2012), we have watched the beach eroding and the sea level rising. I remember when this section (breakaway) used to be a walkway, and my colleagues and I always hear people saying that people used to even park their vehicles at sections around here as well. We are seeing the real impacts of climate change," she said.

"It doesn't require a hurricane to cause damage, a good shower of rain, and I'm sure we will be flooded out. I believe, as citizens, we are also seeing that climate change is not just a science, but it affects every area of our lives because, looking at how the beach has reduced, and how close it is to us, should there be a disaster, employment will be affected and, most important, residents of the community will have nowhere to go to receive health care," Hamilton told The Gleaner.

She added: "I have done many tours and nothing has been done. I am aware that some aspects of what is taking place is a natural process of climate change, but since Sandy came a couple years ago, it keeps getting worse, even though the relevant agencies have visited."

Devon Davis, a resident of Annotto Bay, who lives close to the beach, told The Gleaner that the situation is scary.

"I live here for over 30 years now, and I was one of them who had to move elsewhere because the water tek mi over," he said.

"Mi memba all when mi a boy and mi used to walk round and sell sweetie, because all of this area was land. It was a nice recreational area, we use to have dance out here more time, whole heap a shop and coconut tree use to out here but di water look like it waa the place fi himself," he said.

The general Caribbean is at risk, as scientists say sea levels has been rising, on average, at a rate of 0.14 inches (3-5 millimetres) per year since the 1990s.

But even a small rise in the sea level can have a devastating impact on coastal communities, since it can cause flooding of wetlands and farm lands, and also contaminate aquifers or groundwater.

In addition, higher sea levels result in bigger, more powerful storm surges that can strip away everything in their path when they make landfall.

"Sea-level rise is gradual and sometimes it may be difficult to pinpoint what is really happening, and people might still see it as a mere concept. However, the science is there, over many decades, and is now showing that this (climate change) is what is happening to us and is real," Maxam said.

"We have conducted several workshops and various community groups have been voicing concerns about erosion and what might be described as spinoffs from what is sea-level rise. People are beginning to see climate change in a real way because it is at our doorsteps, roads and critical building facilities."