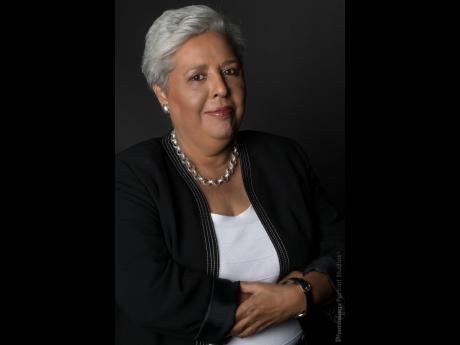 Marjory Kennedy, president of the Jamaica Exporters Association (JEA) last Thursday made an appeal to Prime Minister Portia Simpson Miller to intervene to have the draft Customs bill now before Parliament corrected in order to redress some of the challenges faced by local exporters.

"The current customs bill that is before Parliament right now, Madam Prime Minister, bears no resemblance to what is needed. It is critical that we get that right. Why can't we get things right from the beginning, instead of tweaking it down the road? We're wasting time!" Kennedy charged at the launch of the Jamaica National Export Strategy Phase 2.

"We can't just be about ticking a box and the IMF (International Monetary Fund), that can't work. We need to get serious," the business woman continued. She charged that Jamaican products and exporters are facing an uphill battle in the global market, with the impact of non-tariff barriers made worse by the red tape they encounter in the domestic and overseas business environments.

Kennedy, who delivered the vote of thanks after the prime minister's keynote address at the Terra Nova All-Suites Hotel, St Andrew deviated from a prepared text to enlist Simpson Miller's help in addressing a situation of concern for the business community, which was the subject of a Gleaner lead story.

In that article, a raft of private groups, including the Private Sector Organisation of Jamaica articulated their concerns, warning that the amended Customs bill in its current form would only make things worse for exporters. This because it essentially upgrades outdated penalties for breaches of Customs laws, a focus which Jeffrey Hall, managing director of Jamaica Producers Group, suggest reflects the tension that often arises with Government's need to collect taxes and do things that ultimately drive economic development.

"Right now in this morning's Gleaner, there is alluded to, a regulation which the private sector has worked assiduously over the past two years, spent a lot of money doing a lot of research in getting the Customs Act changed. The current customs bill that is before Parliament right now, madam prime minister, bears no resemblance to what is needed," the JEA president argued.

Kennedy noted that one of the challenges of phase one of the National Export Strategy which ran from 2008-2013 was getting the collaboration of all the various links in the chain. For phase two which runs from 2015-2019, she appealed for collaboration on all fronts.

"I am begging you prime minister and all the public sector people here, to ensure that all the inputs into the National Export Strategy are properly financed. I am urging the private sector, in addition to look at the opportunities that are overseas and be militant in ensuring that your agencies that you collaborate with are aware of the challenges that you face in-house, so that they can be properly educated.

"Because someone who is in the Ministry of Agriculture might not be aware of some of the things that you are facing in a overseas market and you're the private sector, it is your responsibility to sensitise them of where they need to tweak the regulations so that they can have the right regulations here in Jamaica and to facilitate your exports."