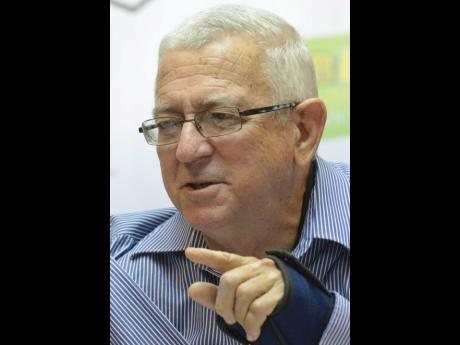 The James and Friends Education Programme (JFEP) recently celebrated its 10th anniversary in fine style with an awards banquet and fine dining in Clarendon.

Coordinator Otis James saw it fit to celebrate 10 years of making a difference in the lives of many, who, had it not been for the programme, would not have been able to go to school and get a good education.

"When it comes to supporting education, it's far beyond the considerations of orange or green. Instead, what he does is draw the best out of each one of us and that is an extraordinary gift that he possesses for an ordinary Jamaican man. He is able to bring together people from all classes, differences in occupation and sometimes colour for this one common cause."

Thwaites told the gathering that he was impressed with the work of not only James, but also the sponsors who have bought into the idea and are making an effort to help at least one child.

"Here is someone who never made it to the top where education is concerned, leading the charge for this generation. He never had it, but values it supremely and insists with his own fibre that this should benefit the children of this parish," said Thwaites.

The minister encouraged the directors and sponsors to persuade others to get involved in the programme or to start a similar avalanche in their parishes or communities to reach out to those who are genuinely in need, but cannot afford an education.

"JFEP is part of a movement in Jamaica that is subtle and oftentimes understated and we need to recognise that no investment is going to improve this country unless the transformation of education is complete because I see no one else anywhere in the island who have come up with an initiative such as this," said Thwaites.