BoJ says inflation down, intrest rates lowest in over 43 years 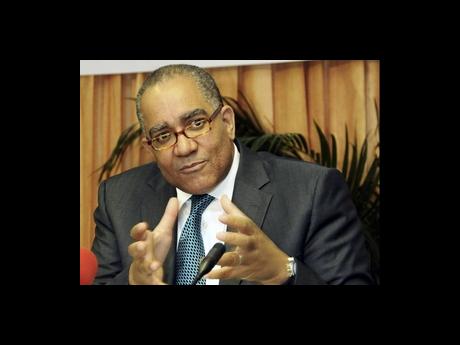 File Photo
Governor of the bank, Brian Wynter, says the rate is 5.2 per cent lower than the figure recorded for the corresponding period ending July 31, 2014, which stood at nine per cent.

The Bank of Jamaica (BoJ) is reporting that the rate of inflation declined to 3.8 per cent over the 12-month period ending July 31, 2015.

This is the lowest rate in more than 43 years.

Governor of the bank, Brian Wynter, says the rate is 5.2 per cent lower than the figure recorded for the corresponding period ending July 31, 2014, which stood at nine per cent.

Wynter made the disclosure while addressing the BoJ’s quarterly media briefing yesterday, at the Bank’s auditorium, in downtown Kingston.

Wynter attributed the fall in the inflation rate primarily to movements in prices, which he said, fell during the early part of the 2015 calendar year, and the latter part of 2014.

He says the BoJ’s inflation expectations survey, conducted in July 2015, reveals that expected inflation, 12 months ahead, has fallen to four per cent.

The Governor said the BoJ forecasts that the 12-month inflation rate will continue to fall through to the end of September, before rising in the second half of the 2015/16 fiscal year, to end within the target range of 5.5 to 7.5 per cent.

He says the Bank is optimistic that, barring unforeseen adverse developments or events, the inflation target will be met.

Meanwhile, Wynter says the Bank has taken a decision to reduce the interest rates at which it provides liquidity to deposit taking institutions by 50 basis points effective today.