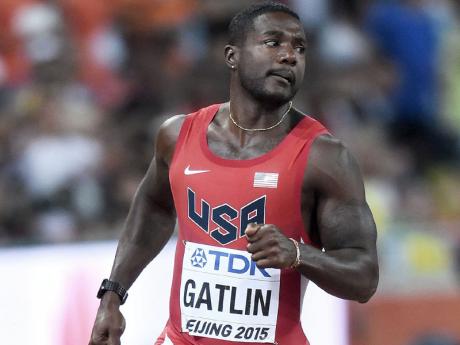 "What has Gatlin done to be considered the evil of the sports?" Higgins asks

COMING FRIDAY: Sports columnist Orville Higgins tackles Jamaicans and the rest of the world for the hate mania against Justin Gatlin.

"What has Gatlin done to be considered the evil of the sports? Athletes have been taking illegal substances for decades. Gatlin is not the first and will not be the last ... . Why is he being singled out?" Higgins asks.

He goes on lambaste the IAAF for manufacturing a convenient rule, preventing readmitted athletes who had formerly taken serious banned substances, to stop Gatlin from potentially claiming World Athlete of the Year had he won the 100m and 200m titles at this year's World Championships.

Higgins also criticised the hypocrisy of mudslinging aimed at Gatlin, while other athletes, including Jamaicans, have escaped condemnation even though they served drug bans.

"... The real reason why Gatlin is so vilified is because he had threatened to beat the golden boy of the sport, Usain Bolt. Had Gatlin come back and performed at an average or mediocre rate, he wouldn’t be seen as evil. Tyson Gay has been under the radar and has escaped public condemnation for no other reason than that he is no longer a dominant force," says Higgins.